Even though the restaurant just recently opened, the place has been swarming with customers thanks to the help of A.R.M.Y.s!

The first half of the name, “큰맘할매,” is a name of a franchise. Suga’s mom’s restaurant is located in Suga’s hometown, Daegu, South Korea, and was opened in the month of his birthday.

When the restaurant opened, flower wreaths from Suga, the BTS members, and Super Junior‘s Heechul were displayed outside.

Here are what the garland messages said: 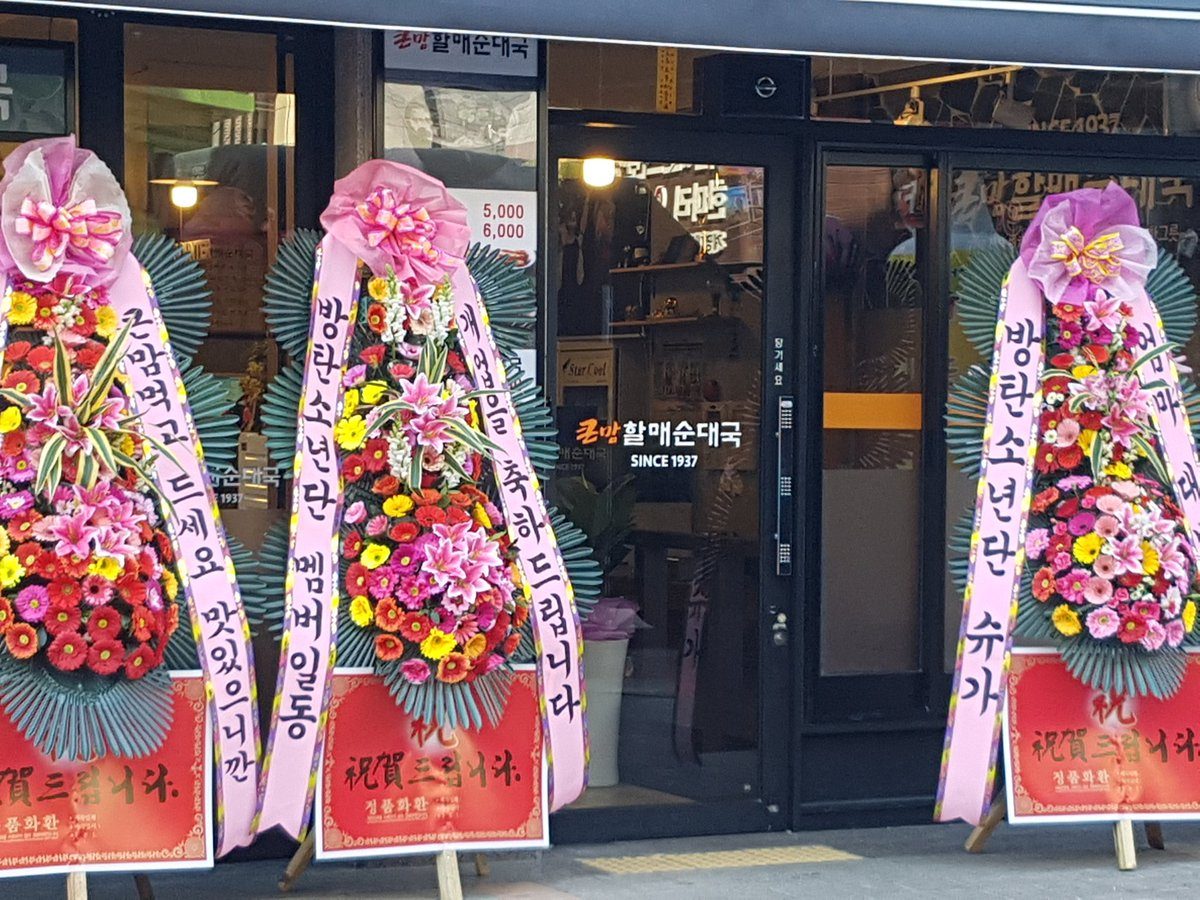 Jimin and Suga both individually congratulated the opening of the restaurant with flower vases as well. 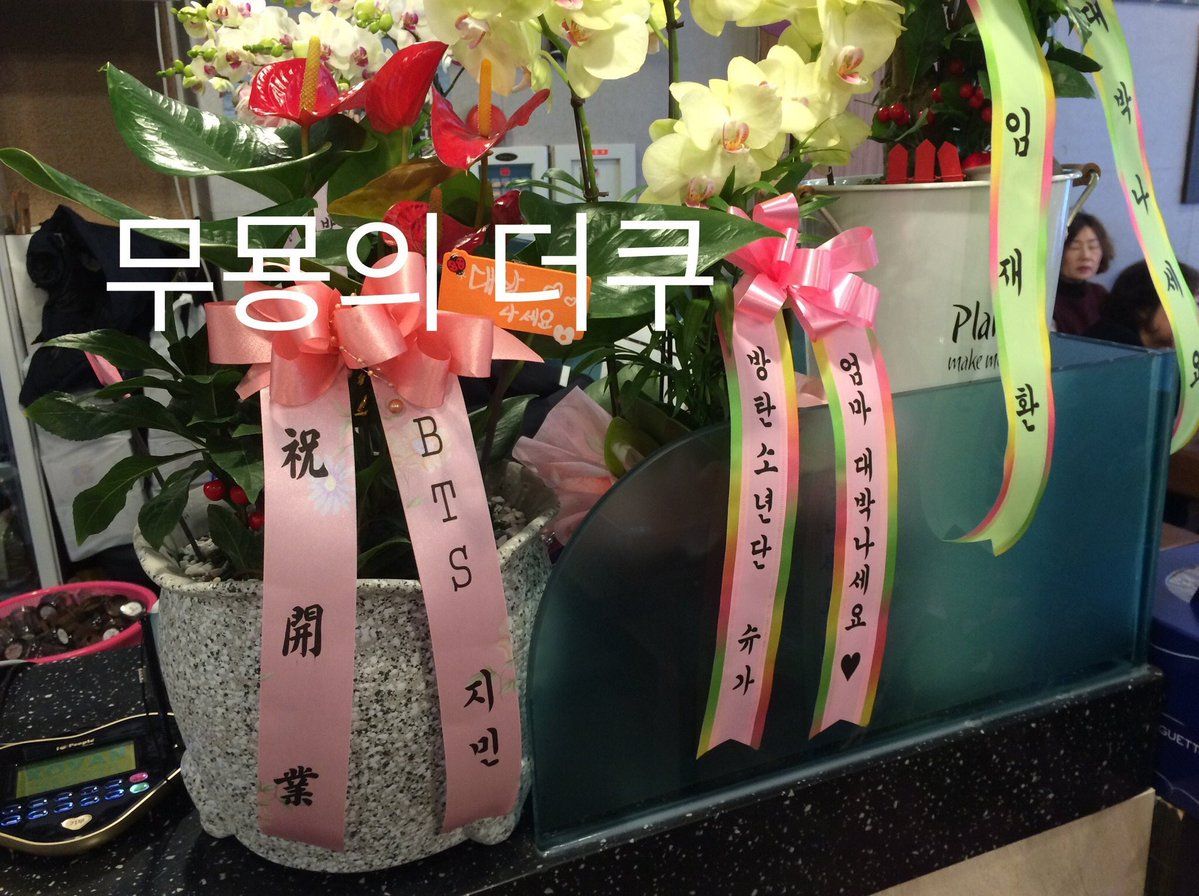 Suga’s mom also hung up a picture of her with her biological sons and her six other BTS sons.

Since opening day, A.R.M.Y.s have been showing their support for Suga’s mom by eating at her restaurant.

A.R.M.Y.s tried the soondae guk and approved of it by posting pictures of the blood sausage soup saying that it was indeed delicious.

“This is so fun ㅋㅋ We’re in line waiting for soup so others have been asking us, “Is someone here? Why are you all lined up?” so we all A.R.M.Y.s unanimously replied, “Because it’s delicious~ You should definitely try it” then they started saying they should come when there aren’t so many peopleㅋㅋㅋㅋ A.R.M.Y. have become a marketing fairy”

Currently, BTS is on tour for their Wings concert tour.

LE SSERAFIM Kazuha’s Favorite Snack Is From The Philippines, And She Has A Special Recipe For It