Big Hit Entertainment has announced the next 5 cities that the 2017 BTS Live Trilogy Episode III tour will be visiting.

The boys of BTS will be bringing their tour to Hong Kong, Southeast Asia, and Australia in the months of April and May with a total of 8 concerts spread through the cities of Bangkok, Jakarta, Manila, Hong Kong, and Sydney. 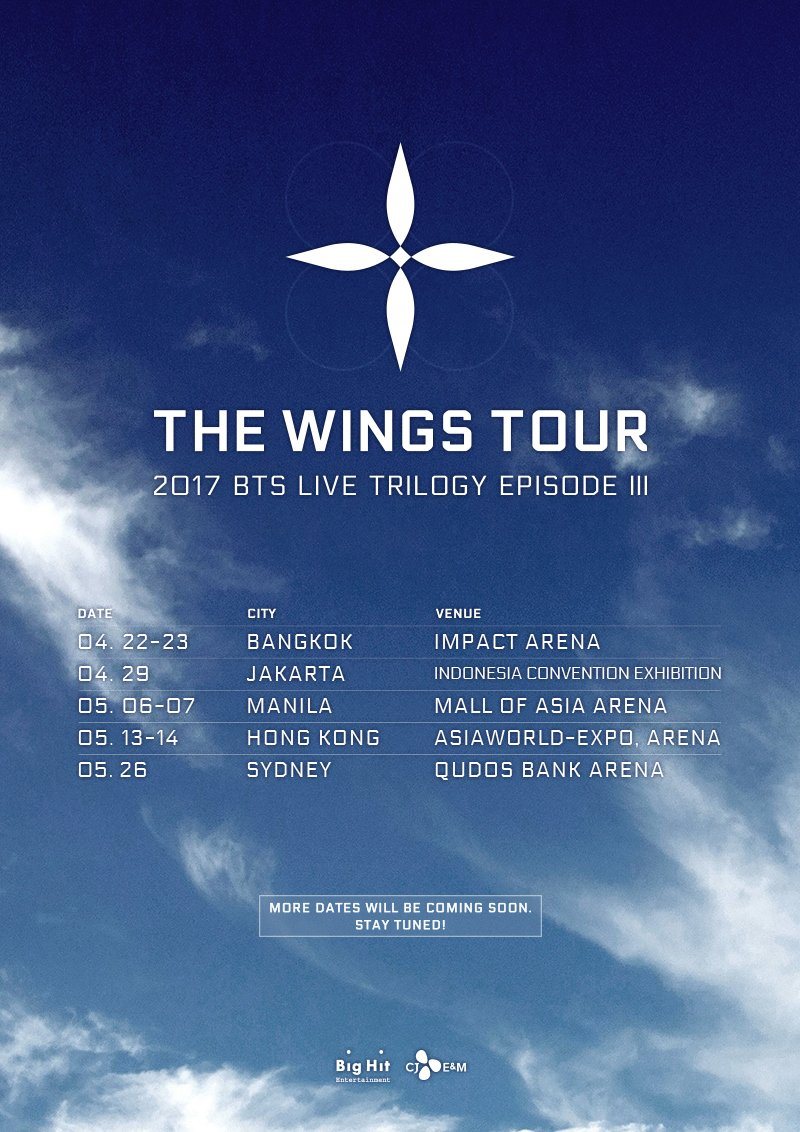 While the organizers for the concerts in Bangkok, Jakarta, Manila, and Sydney are still unknown, the Hong Kong concert will be organized by the Rolemodel Entertainment Group (REG), a subsidiary of CJ E&M. REG organized the Macau stop of BTS’s concert 2016 BTS LIVE Hwa Yang Yeon Hwa on stage: epilogue in 2016, and has also organized Super Junior‘s fan meet SUPER CAMP in Macau.

Fans are looking forward to finding out which other cities will be added to the tour, as Big Hit is not finished releasing concert dates. BTS fans, a concert may be coming to your city too!