The Korea Airports Corporation in Jeju was forced to increase the number of cleaning staff at the airport while continuing to advise Chinese tourists on the proper way of discarding the duty free plastic bags. 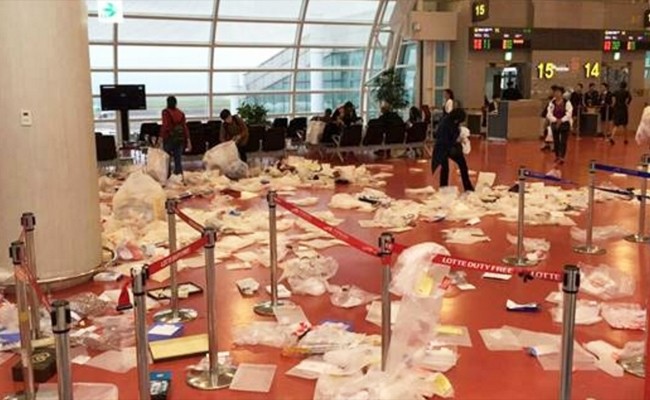 The issue has been a recurring one at the airport since last year, but it seems like the solution is yet to be found. According to airport officials, not all Chinese tourists do this, but when a large group shows up, the phenomenon occurs again. 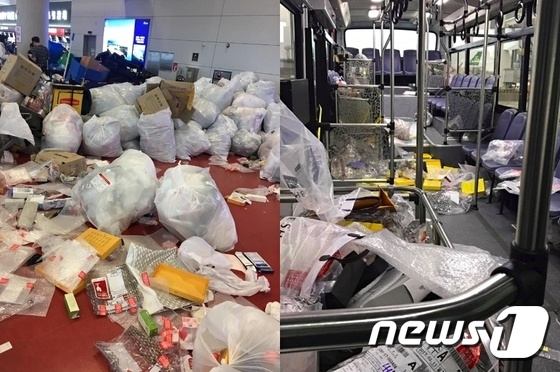 Even though the issue mainly takes place at the international gates, the littering problem also takes place on the transfer buses as well.

Airport officials say there is only so much they can do for the current situation. Besides advising to use the bins, they cannot force people and reprimand anyone that does not abide by the rules.

A staff from the Jeju Airport duty free department gave the following statement to the media.

Jeju Airport officials finished off by saying that they are planning to install more bins and planning additional solutions to combat the littering problem.