Eric Nam, who continues to grow in popularity not only for his music but for his amazing personality, has recently announced the release of a new song with prestigious EDM artist KOLAJ for his first original pop song ‘ Into You’

The song is set to be released on June 9th 12:00 PM KST,and is a tropical, house genre song. The song will also be made available to international fans via Spotify and Itunes on the same day.

In an interview Kolaj was asked why they decided to work with Eric and responded “I was entranced by his clear voice mixed with his breathiness and I wanted to work with him. The song has a clear sound that matches the concept of ‘diving into you’.”

Kolaj is an artist group consisting of singer/song writer Teesa Houston and Producer/composer Mike McGarity.  Their debut single “The Touch” has spread by word of mouth among their fans and has reached over 1million plays on spotify and 2 million on Sound Cloud. They have also gained fame through their featuring on Kaskade’s ‘Whatever’. 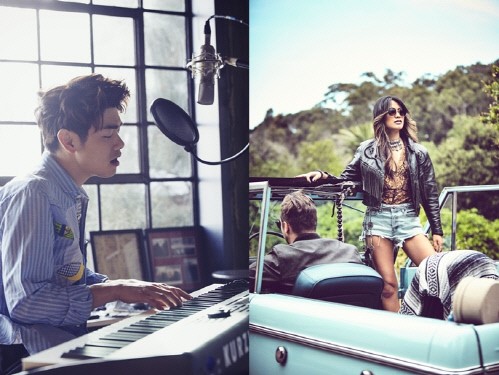