It looks like DIA might be preparing for a fun and tomboyish skater concept for their upcoming comeback!

On March 12, Shin Jeong Hyeok, a South Korean pro-skater,  uploaded a picture with the members of DIA on his Instagram. In the picture, the DIA members could be seen wearing safety pads and a skateboard was spotted behind them. 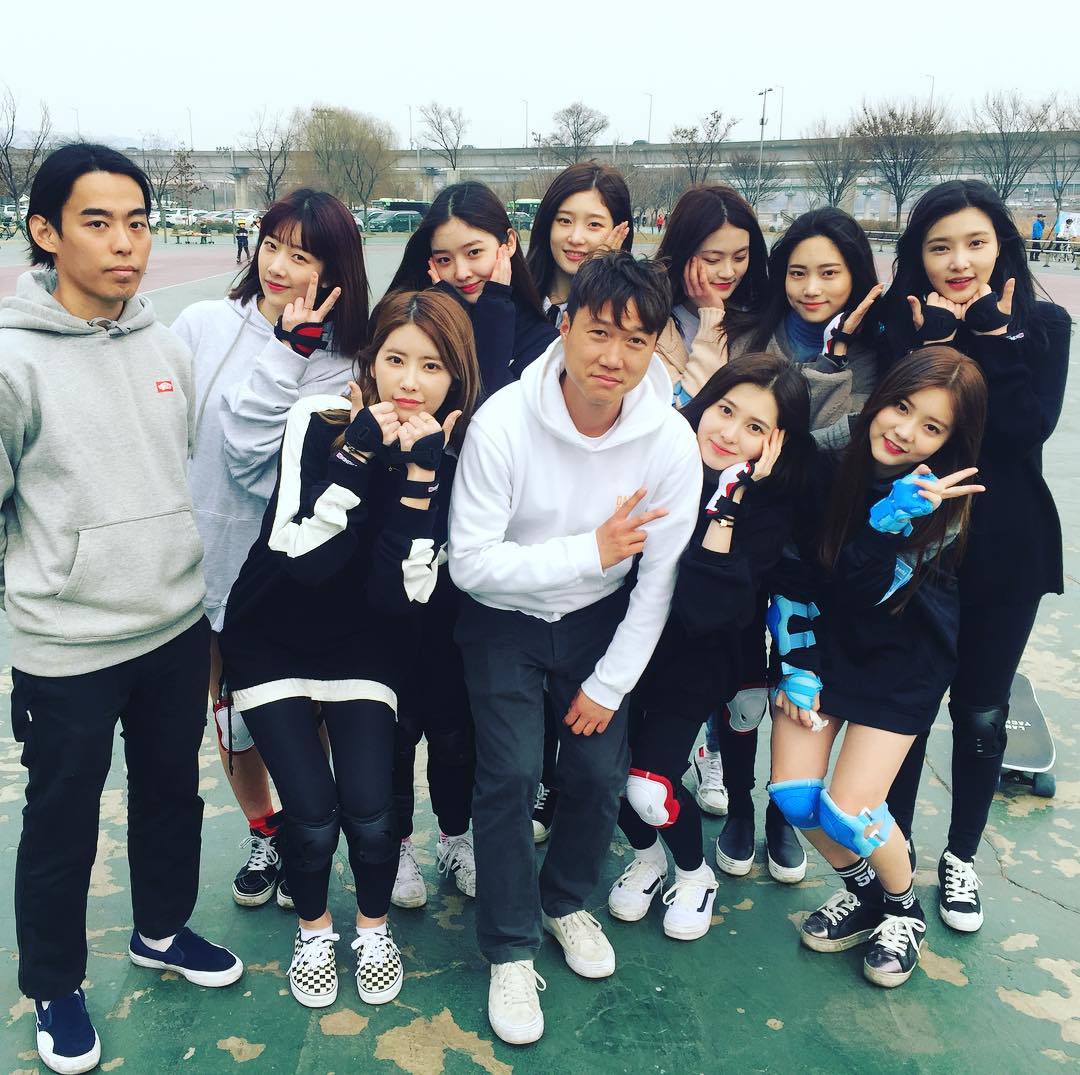 With DIA’s comeback coming up in April, many are speculating that this may have something to do with their new concept!

Chaeyeon‘s recent Instagram photos seem to confirm fans’ suspicions as she was seen with skateboards once again along with Eunchae. The DIA members appeared to be diligently learning how to skateboard and that it was not just a one-time lesson.

“Riding the subway to go practice skating on a sunny day! #land yachtz“

Many fans’ commented on her post asking if this was for the music video shooting.

“Startled while eating #manageroppa””Final One”

In other news, it was recently announced that I.O.I‘s Chungha will be featuring in one of DIA’s upcoming album tracks.