A 1st generation former idol has been given the red light on his health condition.

Tony Ahn is a former member of 1st generation idol group H.O.T. On a recent episode of My Ugly Duckling, he visited the hospital for a check-up. The results were shocking. 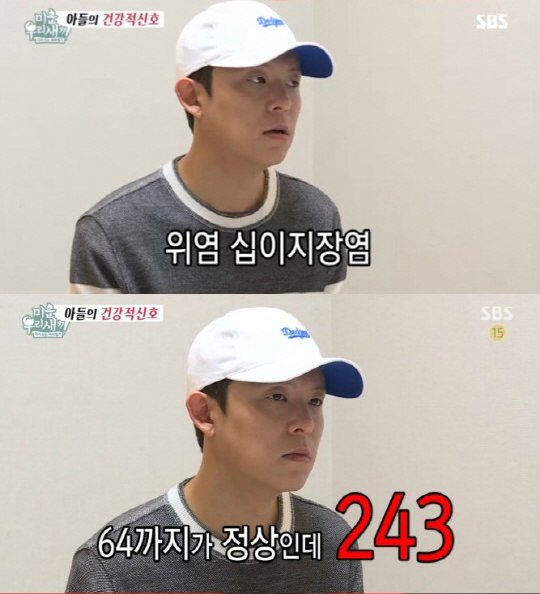 A cyst of 7 millimeters was discovered in his kidney during the ultrasound. He also had gastritis and duodenitis and his liver enzyme level was way over the norm; 64 was the safe cut-line but his was 243. Tony had previously revealed he was a smoker for the past 20 years and drank 5 times a week. This seemed to be the reason for many of his problems. 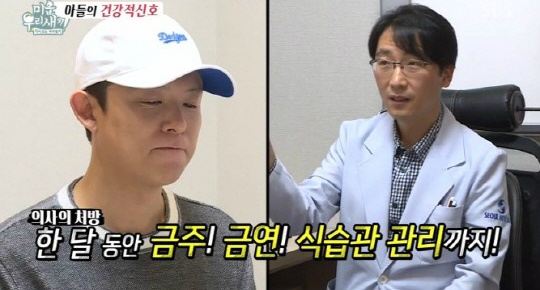 The doctor ordered him to quit smoking and drinking immediately. Tony was also warned that if he kept up his current habits, his condition could worsen to having a fatty liver, cirrhosis, and even liver cancer.

Hopefully he will take the suggestion to heart and becomes healthier.