Jessica Alba made a special appearance on the May 30th episode of KBS 2TV’s Entertainment Relay.

During the talk, she was asked about her experiences with Korean food. Although it seemed that she was not the biggest fan of soju, she surprised viewers by revealing that she has been eating kimchi since she was four years old.

The Hollywood persona arrived in Seoul on May 28th for a business trip to open her brand Honest to the Korean markets. Although the episode was broadcast on May 30th, it appears that she has already returned to the United States.

However, it seems that many fans were not impressed by the interview, complaining that the show asked the same boring questions about Korean food. Others instead praised Eric Nam for his easygoing personality that put Hollywood stars at ease and his ability to draw out natural and interesting interviews.

See what some netizens had to say here:

1. [+3,624, -59] This is why both Hollywood stars and viewers would rather Eric Nam do the interviews.. Entertainment Relay, come on;;

2. [+3,050, -60] Yeah… shows that knowing English isn’t all there is to getting a good interview. Why do you think stars always go crazy over Eric Nam. He asks questions that bring out the true charms of that star so of course all of the Hollywood stars praise him and get his number and follow him on SNS..

3. [+2,148, -189] What if Jessica Alba actually likes kimchi? I don’t know why Koreans are always so suspicious whenever a foreigner says they like something about Korea. Jessica Alba said she likes kimchi but doesn’t like soju so clearly she’s not saying it as lip service.. and a lot of vegetarian foreigners actually like kimchi. You should all be proud that foreigners like something about our culture instead of bringing it down all the time.

4. [+203, -16] The interview is so bad… we don’t even ask non-celebrity foreigners if they like kimchi or soju anymore. Get your interview game up.. 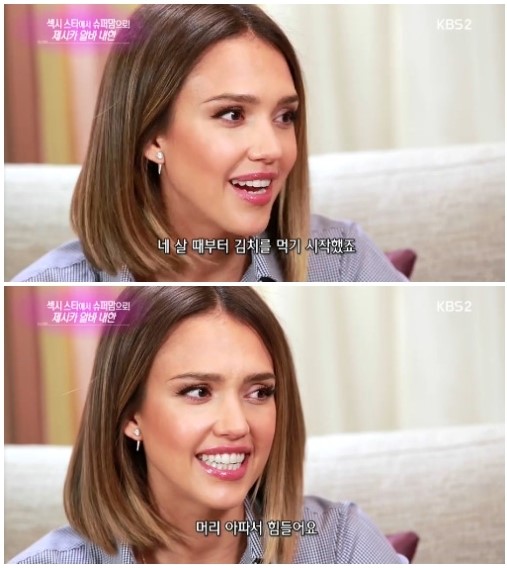