Using the Cold War era as the musical’s background, the plot revolves around a chess tournament between America and Russia, highlighting the political conflicts and tension.

The four Korean idols will take turns to play the main role as Anatoly Sergievsky, the Russian representative, who fall in love with Florence Vassy, ex-lover of the U.S. player. Shin Seong Woo and Lee Gun Gyung will play Freddie Trumper, the opposing player for the United States. Other casts include Ahn Shi Ha, Lee Jeong Hwa, and more.

Key, Jokwon, CNU, and Ken each dressed up neatly in black suits and unleashed individual posters for the musical. A dramatic 30-second teaser video featuring the four along with the other casts was also officially released. 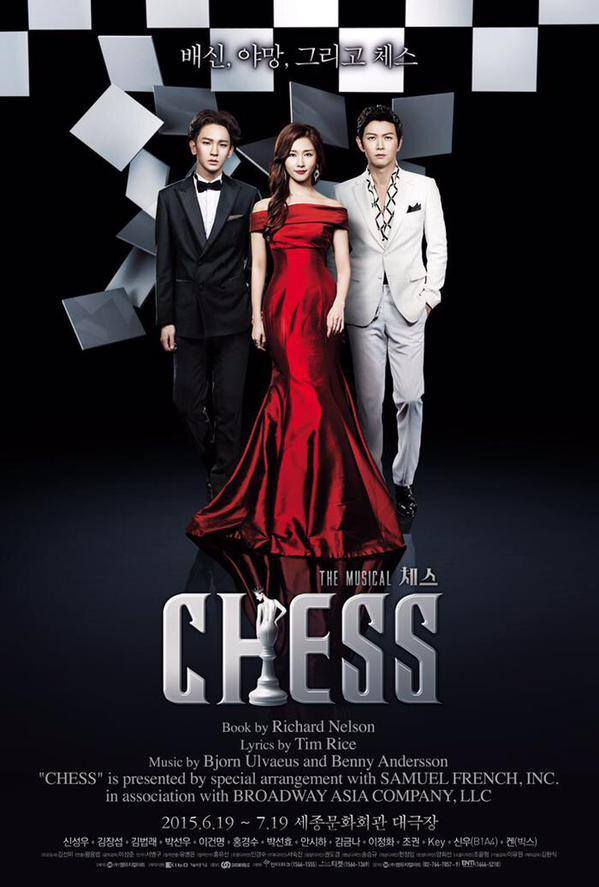 4 Of BLACKPINK’s Most Legendary Outfits Throughout The Years

Two Korean College Students Died, But Only One Is Receiving Heavy News Coverage — Here’s Why

Here Are The Companies Each GOT7 Member Is Now Signed To