Guitarist Seo Won Jin, known for participating in Park Bom‘s “Don’t Cry,” and KUSH have been revealed to have been part of the team behind BIGBANG‘s upcoming track.

“We Like 2 Party” is the second title track off the group’s MADE series [A] along with the song “BANG BANG BANG.”

Not only does Teddy, G-Dragon, and T.O.P team up again as lyricist and composers, they are joined by Seo Won Jin and KUSH as well.

Seo Won Jin is best known as the guitarist in Park Bom’s acoustic performance of “Don’t Cry,” while KUSH is a member of Stony Skunk that was active under YG Entertainment that disbanded in 2008 and left the agency in 2010.

“BANG BANG BANG” and “We Like 2 Party” will be released simultaneously on June 1st. 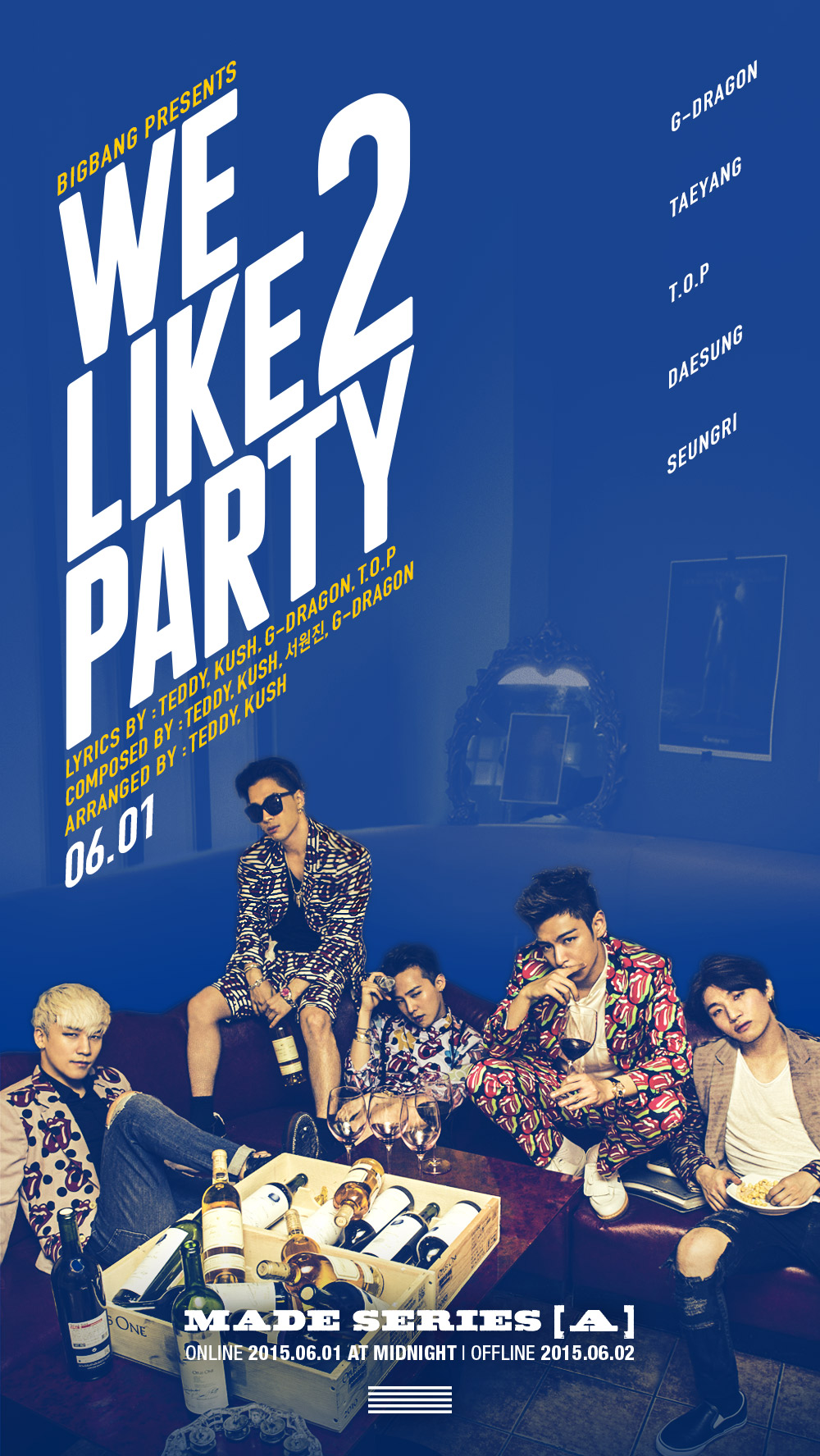