With the 10th and final episode of SIXTEEN finally aired, the members of JYP Entertainment‘s upcoming girl group Twice has final been chosen with a twist no one saw coming.

Aired on July 7th at 11pm KST through Naver Cast and Mnet, both the Major and Minor groups were given the challenge to perform the same track “Me Again,” the first time this has happened during the course of the competition. This was done to give J.Y. Park a clear view into each trainees skills on stage.

However, J.Y. Park further shocked everyone by adding a ninth member into the group with the previously eliminated trainee Momo.

Following the results and the final episode of SIXTEEN, the term “SIXTEEN” and “Momo” were seen trending in 1st and 2nd respectively on Naver real-time search chart. 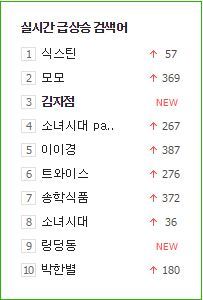 According to J.Y. Park at the beginning of the show, the trainees (6) who did not make the cut for Twice will have the chance to debut again in two years.

Twice is set to debut in the second half of the year.