A recent poll on the king of romantic comedies revealed unexpected results. This poll included 12 of the most popular rom-com actors and gathered 141,941 votes in total. The list includes some of today’s hottest stars including Park Bogum, who shot to fame with the drama Moonlight Drawn from the Clouds, as well as Song Joong Ki, who  became a household name through his hit drama Descendants of the Sun. However, the two failed to be crowned as the romantic comedy king as Kim Soohyun took the number 1 spot!

Kim Soohyun became a Hallyu star through the drama, You Who Came from the Stars, which is probably why he took the number one spot with an overwhelming 53% of the overall votes. Song Joong Ki took the number 2 spot with 27.5% percent of the total votes, while Seo In Guk came in third with 5.9%. Next, Park Bogum came in 4th with 4.8% and Lee Minho rounded out the list with 2.8% of the total votes.

Check out the results below! 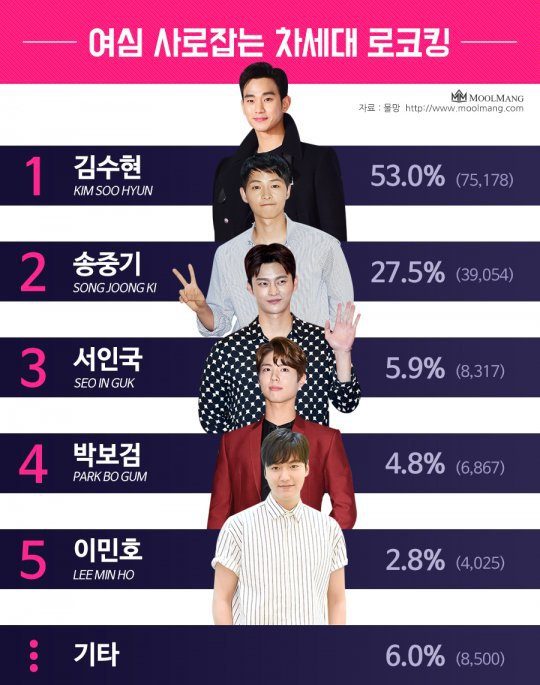