Jang Jaein revealed on MBC’s Duet Song Festival that she suffered from paralysis due to stress and dopa-responsive dystonia.

Yoo Jin Hyuk, a part-time employee at a fried chicken restaurant, was able to partner up with Jang Jaein to perform a song on MBC’s Duet Song Festival on January 6, 2017.

While getting to know each other, Yoo Jin Hyuk revealed he was diagnosed with acute leukemia when he was young, and how he had wished he could live normally like other people. 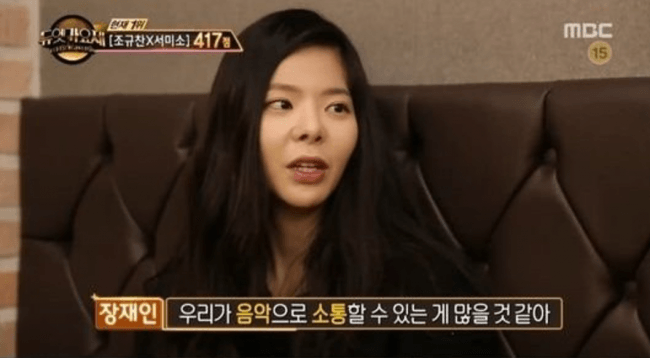 Jang Jaein expressed her empathy for Yoo Jin Hyuk, where she revealed she had experienced hemiparalysis quite suddenly during the years she was active as an artist.

She explained she felt “hopeless” when she could not feel or move half of her body, and that she had experienced this sudden paralysis due to stress. She had also been diagnosed with dopa-responsive dystonia in 2013, where her muscles would often contract and relax, causing abnormal postures. 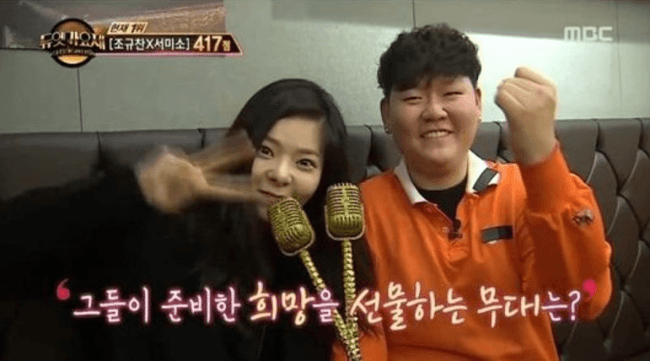 She added, “I think there is a lot we can communicate through music,” and that their similar experiences with pain would help them collaborate better.

The two performed “Time Walking on Memory” by NELL.