Sulli of f(x) and Choiza of Dynamic Duo have been spotted on a romantic late night date.

As of April 16th, media reported with several paparazzi photos, “Choiza and Sulli enjoyed their night date at Hooamdong Yongsangu in Seoul. Although there was one acquaintance walking with them, they did not cover their faces so it was obvious even from far that it was Sulli and Choiza.”

Although the revealed photos, which show a woman locking her arms with a man while walking, have not been confirmed the figures to be Sulli and Choiza, the two have garnered attention in the past with dating rumors.

Meanwhile, Sulli finished her stunning photo-shoot in Bali and returned to Korea on April 15th. In accordance to the report, Sulli would have met Choiza right after her return from the photo-shoot overseas. 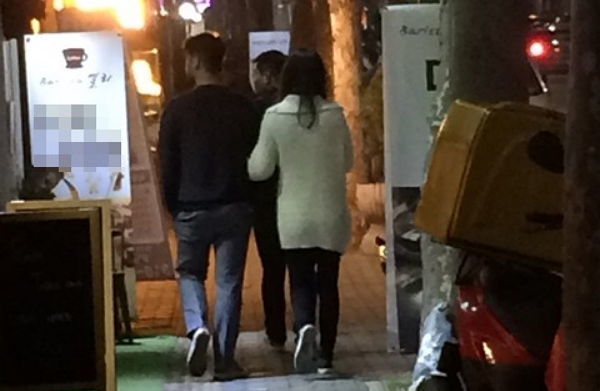