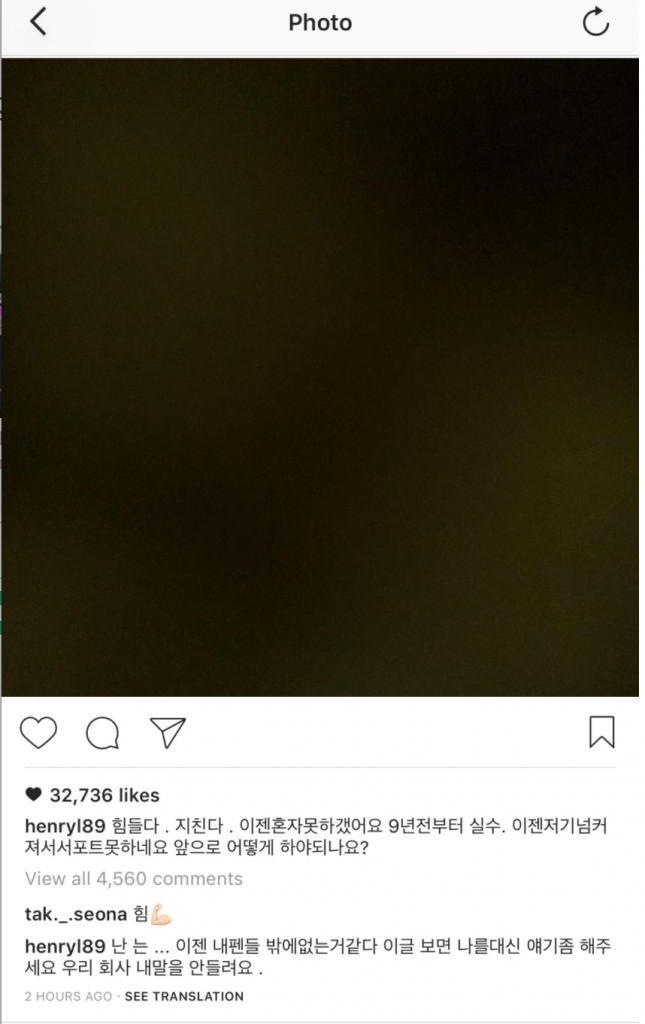 Read the translated message below:

“It’s tiring. I’m exhausted. I can’t do it alone any longer. It’s been a mistake since 9 years ago. It’s become so big I can’t support it anymore. What do I do now?”

His initial caption hinted that he was currently struggling with something and it began 9 years ago. 9 years ago is approximately the same time Henry had debuted which was in 2008. He later confirmed suspicions that the trouble was with his agency, SM Entertainment in a comment made on the same post.

“I……I only have my fans now. If you see this message please speak on my behalf, the company won’t listen to me.”

The post has reached fans everywhere and the Intagram post is being flooded with messages of love and support by fans.