Many idols have impressed viewers on King of Masked Singer, but even panelists were blown away by The Grace‘s Dana and her incredible vocals.

Although everyone was impressed by her incredible talents, however, panelist Kim Gura was more concerned with why the singer hasn’t been active in the industry considering her amazing vocals. While many viewers and panelists praised the SM Entertainment singer for her talent, Kim Gura asked, “SM Entertainment has so many issues, why won’t they release an album for Dana?”

After hearing Kim Gura’s question, many fans have agreed with the host, cheering on the The Grace singer while questioning SM Entertainment’s managing abilities. 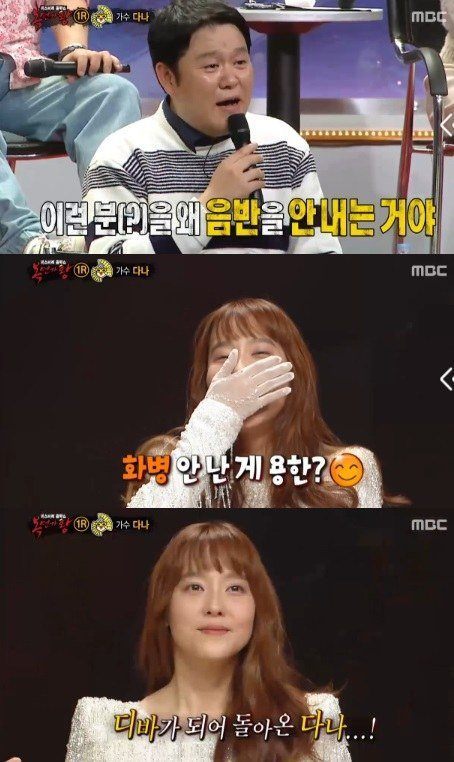 [+ 1423, – 75] Seriously there are so many talented vocals in SM but they cover it up with songs … I hope DANA releases more songs…her talent is so wasted.

[+ 1091, -223] The company is not a non-profit organization so why would they invest where there is no money to be made. Just being as good as others isn’t enough. You need to be talented, pretty and have presence. And even then there are a lot of kids like that all over the place these days.