President Trump and President Moon met in the Oval Office to discuss strategies regarding the North Korea regime. 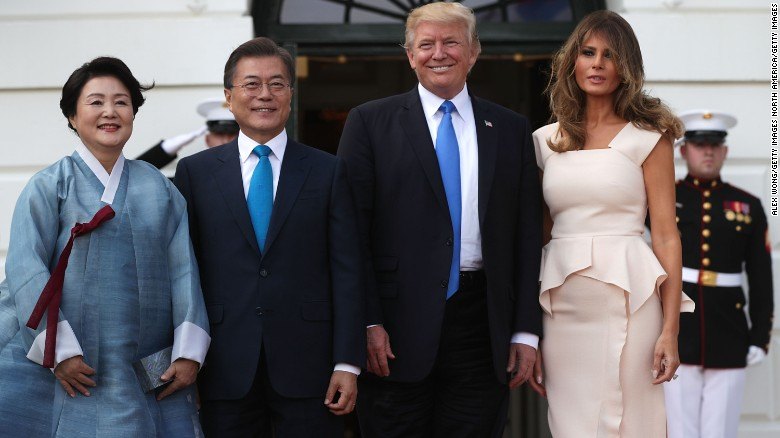 The large group of Korean journalists who accompanied President Moon filed into the Oval Office but caused chaos.

Some reporters ran into the Oval Office to set up in a good spot, while others jostled each other for the best seats.

As a result, a sofa was moved, a table was knocked over, and a lamp was almost knocked off, resulting in Trump calling out the journalists.

“Fellas, easy. You guys are getting worse. They knocked a table down. It’s actually a very friendly press, don’t let that get you. Although we just lost the table.”

After the chaos died down, the two Presidents continued to share their goals and visions in handling North Korea’s expanding nuclear and missile programs.