As an actor, Scopophobia could be your worst enemy, but Lee Jong Suk faces his fears every time he attends a press conference, a fan meeting event, or an awards ceremony as he speaks in front of tons of people.

At some events, Lee Jong Suk was spotted sweating profusely, and often dabbed his sweat off with a napkin several times during the event.

His face also once turned bright red when it was his turn to speak, and in one broadcasting show, he admitted he was feeling anxious as there were too many people present.

Sunny has a fear of fireworks or pyrotechnics due to her childhood background. When she was younger, Sunny and her family lived in Kuwait during the Gulf War (1990 – 1991).

Due to the war, her family moved from place to place to avoid bombs and combat zones, but she developed a fear of pyrotechnics.

The other members of Girls’ Generation were often seen trying to cover her ears when pyrotechnics went off during their performances on stage.

Kim Hee Sun has a fear of fish or ichthyophobia. In the show, Island Trio, Kim Hee Sun had difficulty even looking at a freshly caught fish.

She explained that when she was a child, her parents took her to a sushi restaurant, but when she saw a live fish being butchered and eaten, it traumatized her.

Aichmophobia is a fear of corners, edges, or sharp objects, and g.o.d’s Yoon Kyesang fear of these things is severe. The other g.o.d members revealed that whenever he even looked at the corner of his room, he would get extreme anxiety and often started hyperventilating.

In a past broadcasting program in 2001, Yoon Kyesang was once hypnotized to look into his past life, where he revealed he died as a soldier in a crusade after an arrow pierced his left eye. Yoon Kyesang and the other g.o.d members believe that’s why he has such an extreme phobia of sharp edges.

Fortunately, his girlfriend Honey Lee has been helping him face his fears, and reportedly his phobia has become less intense. 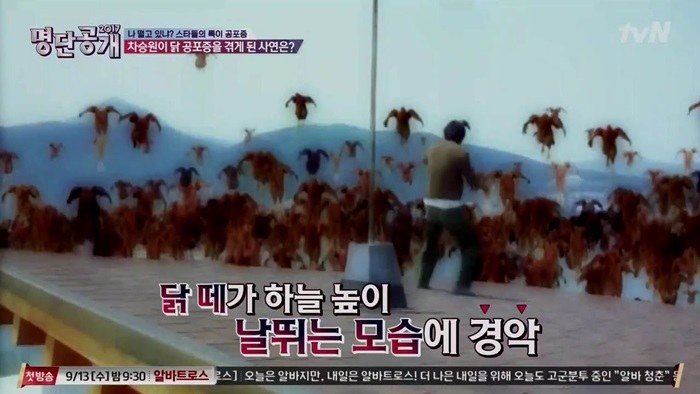 While a fear of birds is common, nobody ever imagined Cha Seung Won would have this phobia. He explained that he feared them since 2004, after shooting the film Ghost House, as he had to film a scene where 600 chickens chased and attacked him.

So Ji Seop has a fear of balloons or globophobia. In a past broadcast, he revealed he felt like his “insides were going to burst” whenever he saw a balloon, and that he always felt uncomfortable around them.

He also added that he had a slight fear of sharp edges, much like Yoon Kyesang. 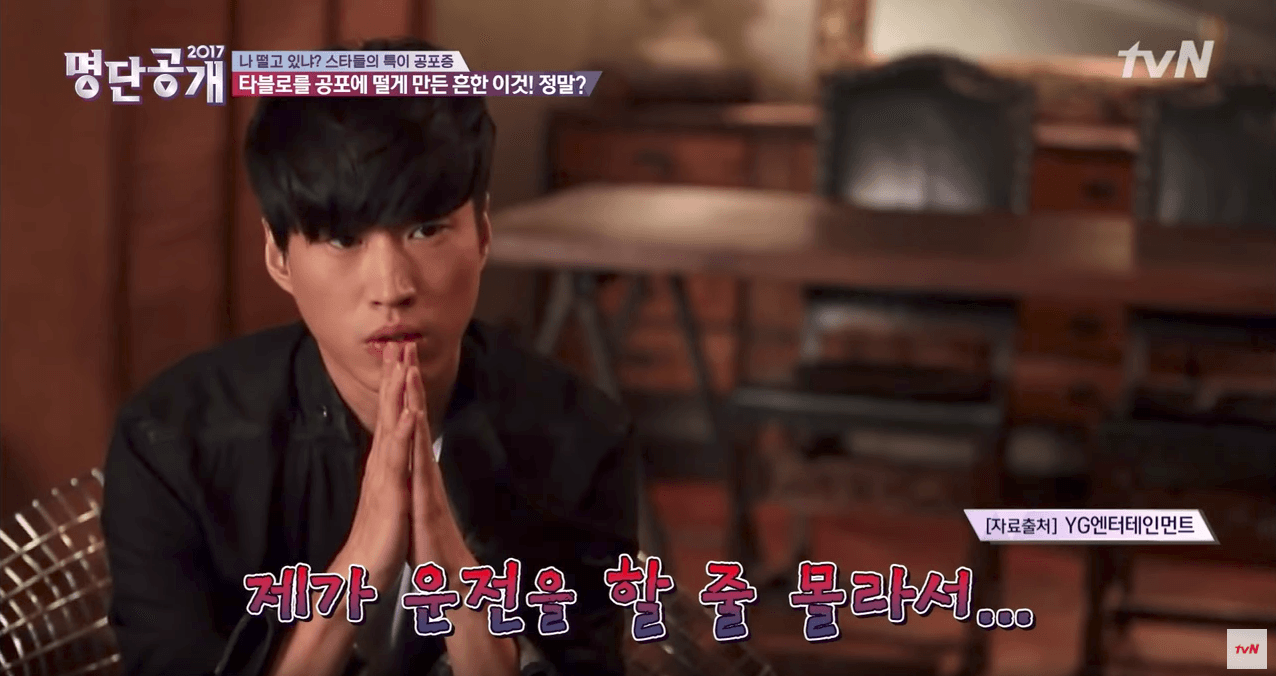 Tablo revealed he has a morbid fear of driving and because of this, he doesn’t know how to drive.

In one broadcast, he revealed he feared driving so much that he didn’t even apply for a driver’s license, and when he was asked what his worst nightmare was about, he said it was one that involved him driving.

Furthermore, when his wife Kang Hye Jung was pregnant with Haru and going into labor, Tablo couldn’t drive her to the hospital, so she drove there herself!

Fortunately, his fear of driving resulted in him taking the taxi a lot, which was where he wrote most of the lyrics to a lot of the songs he worked on.