Korean dramas often tell us “blood is thicker than water,” but these boys show us otherwise.

BTS’ Taehyung and actor Minjae shared a humorous yet touching moment in the first episode of Celeb Bros during Taehyung’s birthday. As the BTS member ran to a convenience store, Minjae used the distraction to prepare a birthday cake with all the trimmings for his good friend. Taehyung later commented that this was the first time someone privately celebrated his birthday with him, and expressed great gratitude toward the gesture:

Block B member ZICO and actor Taejoon show few boundaries as they walk through the streets of Seoul, suggesting that the “B” in”Block B” may actually stand for bromance:

ZE:A’s handsome visual Hyungsik spoke about his deep appreciation for how Ryeowook took care of him ever since ZE:A’s debut despite the fact that Ryeowook had already achieved global fame as a member of Super Junior. Check out their antics:

These two up-and-coming actors look so alike that they may as well be brothers in real life. Actors Jisoo and Nam Joohyuk spent their time on Celeb Bros at an amusement park and celebrated Jisoo’s birthday on a yacht (Joohyuk’s treat, of course). Although they tease each other, the relationship between these two is a bond stronger than blood: 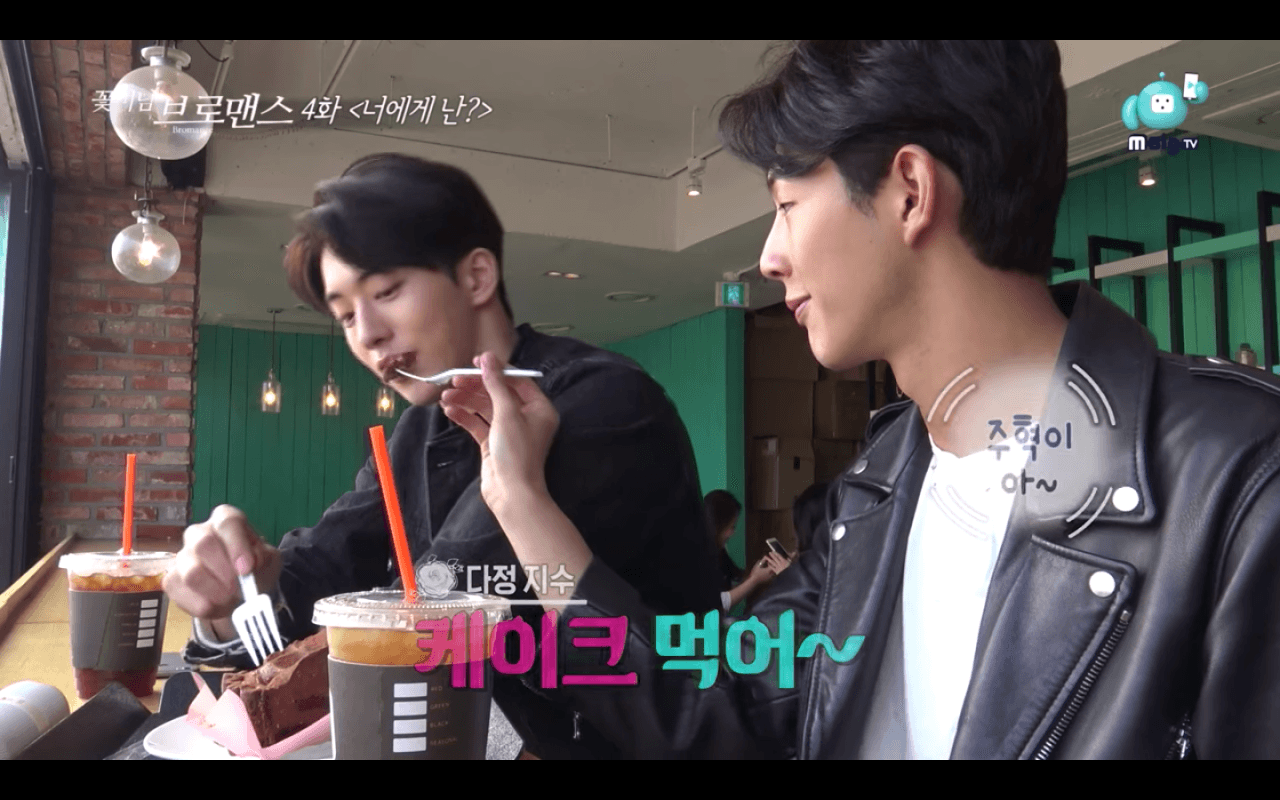 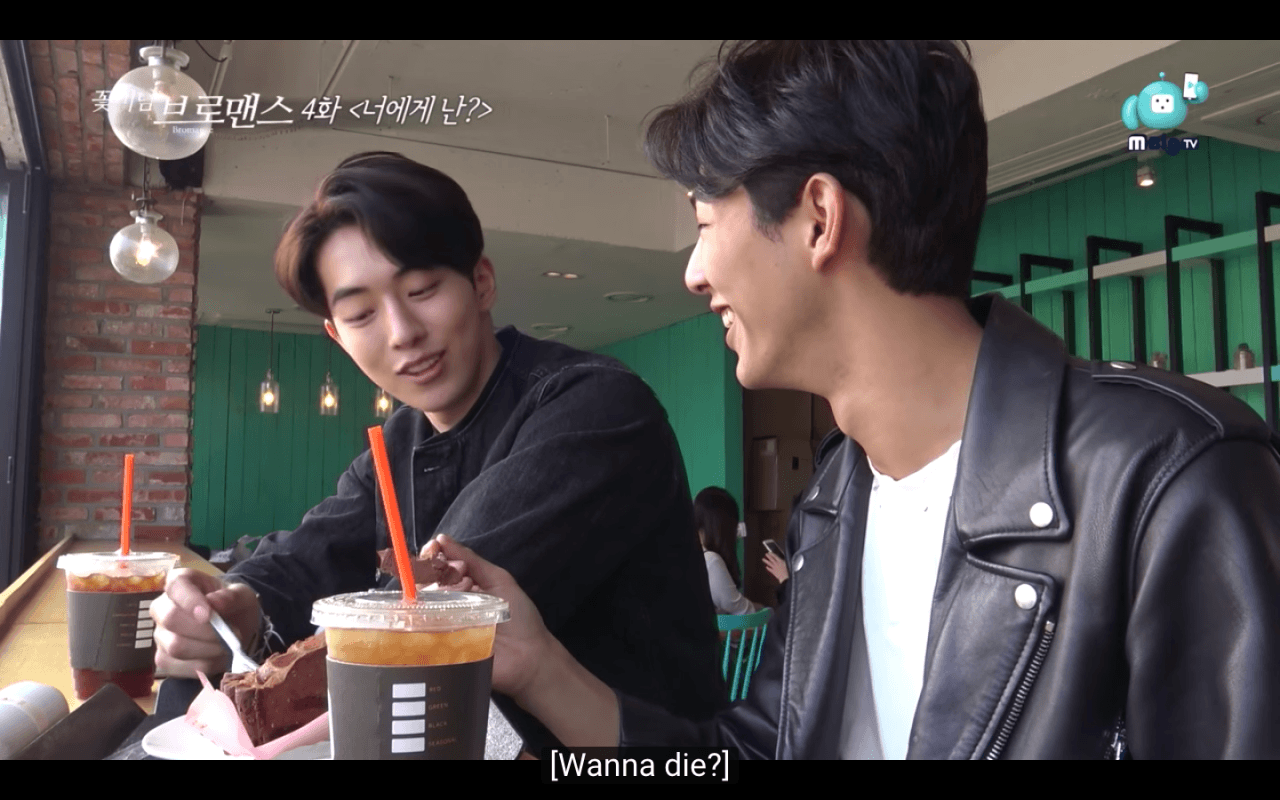 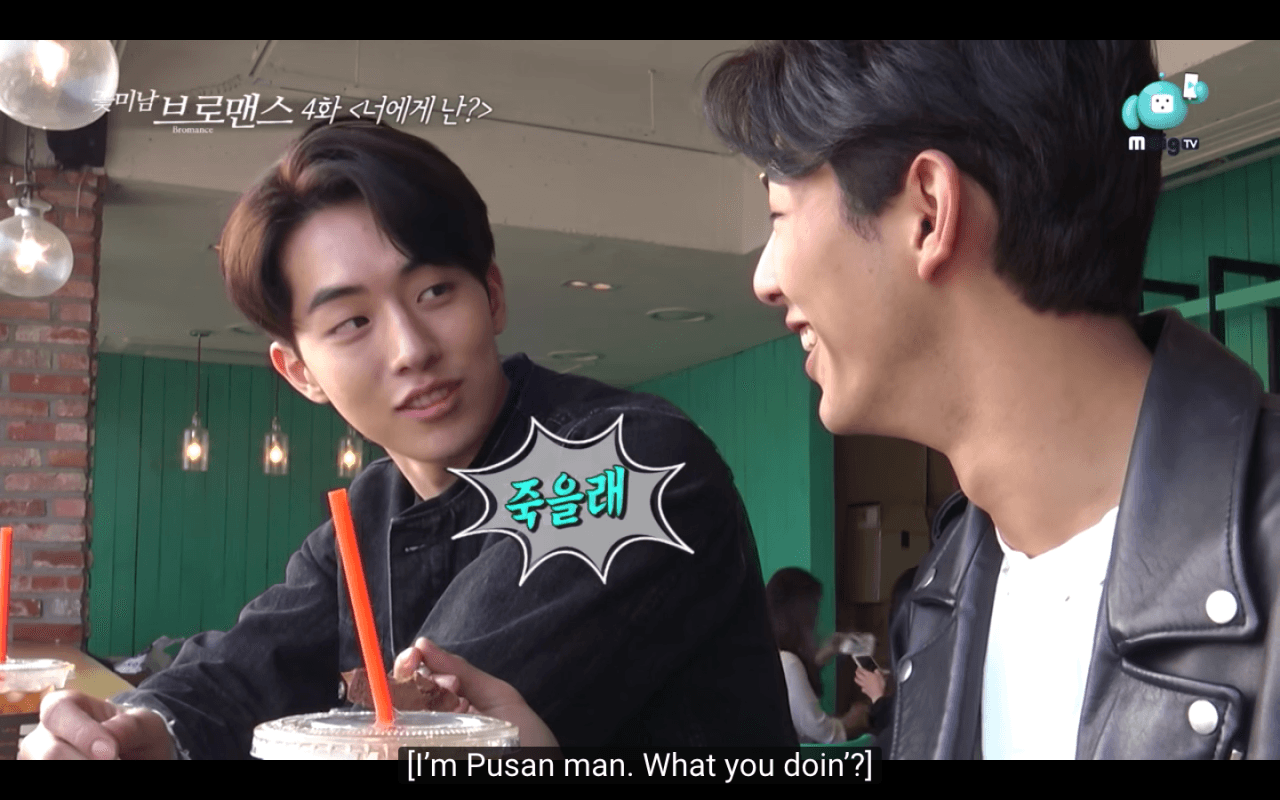 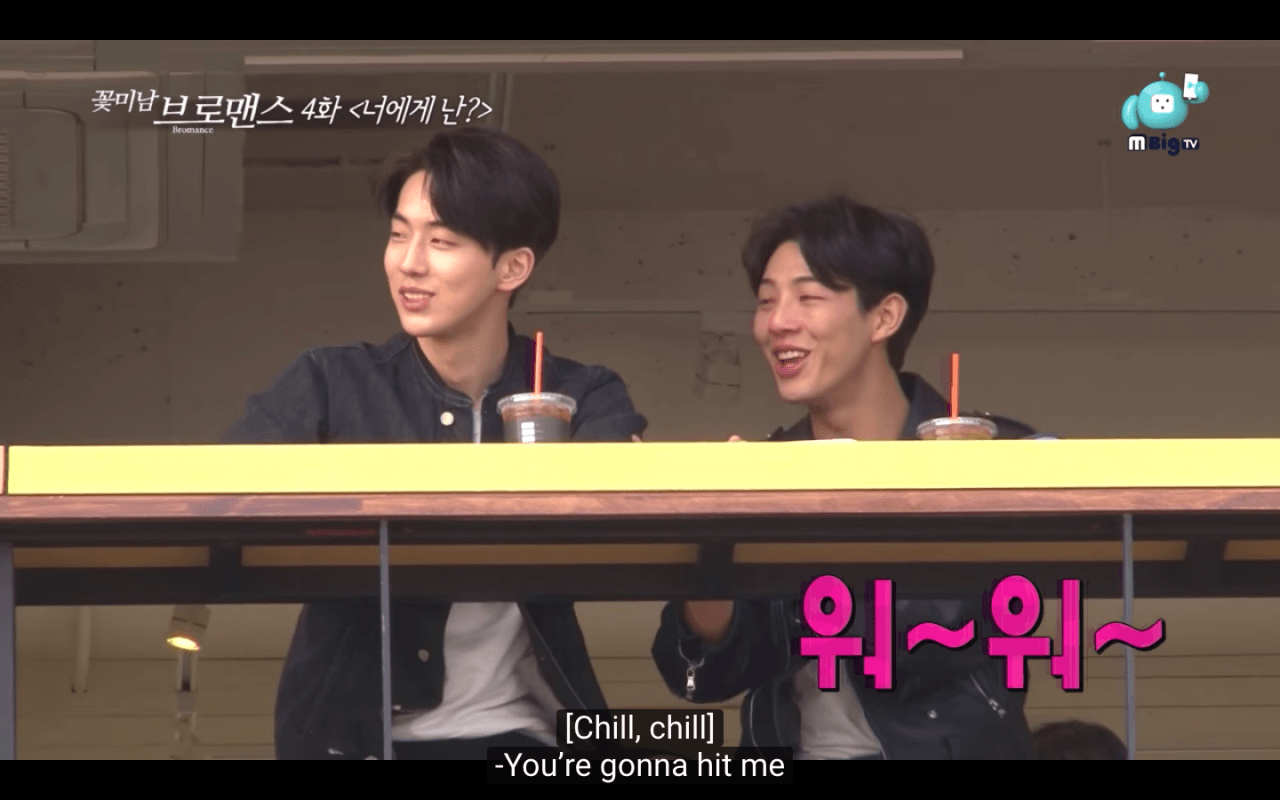 Although GOT7’s Jackson is often lauded as an Internet meme, Jooheon made sure this bromance wasn’t one-sided:

Having acted together in the drama Sassy Go Go, it comes as no surprise that VIXX’s N and actor Wonkeun are as close as brothers. Despite N killing Wonkeun’s ego in their Celeb Bros episode, N is well known for being kind-hearted:

Shinhwa’s Minwoo proved to be a caring sunbae for BTS’ Jungkook, offering to share his phone number with the younger star in case the BTS member ever needed advice or help:

The pair shared another close moment later on:

Known as their respective groups’ visuals, Gongchan and Hongbin reminded viewers that being an idol takes great sacrifice, even after their days as trainees were over:

B.A.P’s Youngjae and GOT7’s JB shared some great advice for the new year, remembering how crucial it is to keep one’s friends and loved ones dear and near:

Be sure to check out the latest “Celeb Bros” episode featuring BtoB‘s Sungjae and Boyfriend twins Youngmin and Kwangmin: