The true fight of the century is here! Crayon Pop filmed a hilarious short film at SXSW in Texas this past March with Be FUNNY Studios for their  project titled, “Crayon Gary.”

The girl group goes head-to-head in a battle of wits with the beloved national dinosaur known as “Crayon Gary,” who is helping the city in its demolition project, with words of their latest track “FM” wedged in.

Not only that, Crayon Pop’s latest trending dance and distinct outfits few an enormous amount of attention from the locals in Austin, Texas as the group recorded in the middle of the street. The locals’ attention was caught on tape while doing this project on one of the busiest streets of Austin, 6th Avenue.

BeFunny Studios revealed, “Crayon Pop’s unique cuteness and the distinct concept of a lovable dinosaur met and created a unique synergy and the SF factor created a very enjoyable B Rated feel to the video. I hope the viewers will enjoy this video!”

…and what was your friendly neighborhood Crayon Pop to do but defeat him and restore peace to the community.

The girls are back…minus their signature helmets

What have you done Crayon Pop…

You can check out the full video by Be FUNNY Studios here: 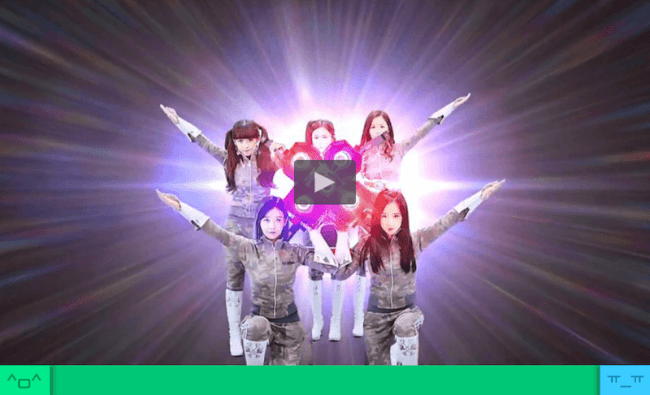