KBS‘ mega-hit drama, Descendants of the Sun, has broken another global record as the drama appeared on Google’s 2016 top global trends list.

The drama, which was the only Korean drama to make it onto the list, sat at number nine on Google’s top trending TV shows of 2016. The drama was placed amongst other popular American dramas including Stranger Things, Game of Thrones, and The Crown. 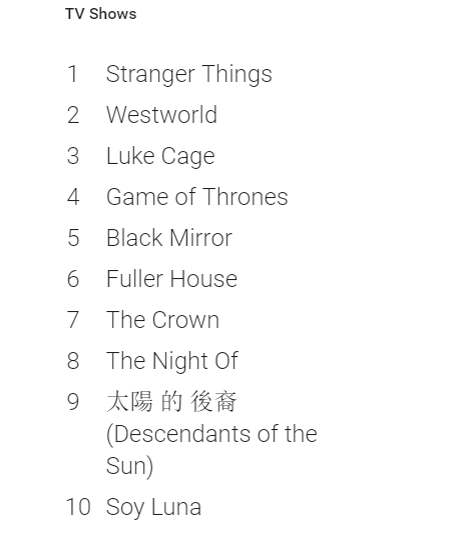 Descendants of the Sun, which aired earlier this year, earned high television ratings in Korea. It also gained a lot of popularity in China, which earned the drama international attention and praise. The drama’s stars were also catapulted to new heights as the drama became a hit overseas. The stars even brought international airports to a halt as large crowds of fans flocked to see their favorite stars.

Korean dramas have been gaining an international fanbase for years, but Descendants of the Sun reached a new level of popularity earlier this year.

Take a look back at some of the behind the scenes highlights from the cast below.