An elderly man was caught kicking another man sitting in the accessible seat on a bus, and Koreans are divided on the issue.

This photo of an elderly man kicking a middle-aged man in the face for sitting in the designated accessible seating on a bus has been going viral. 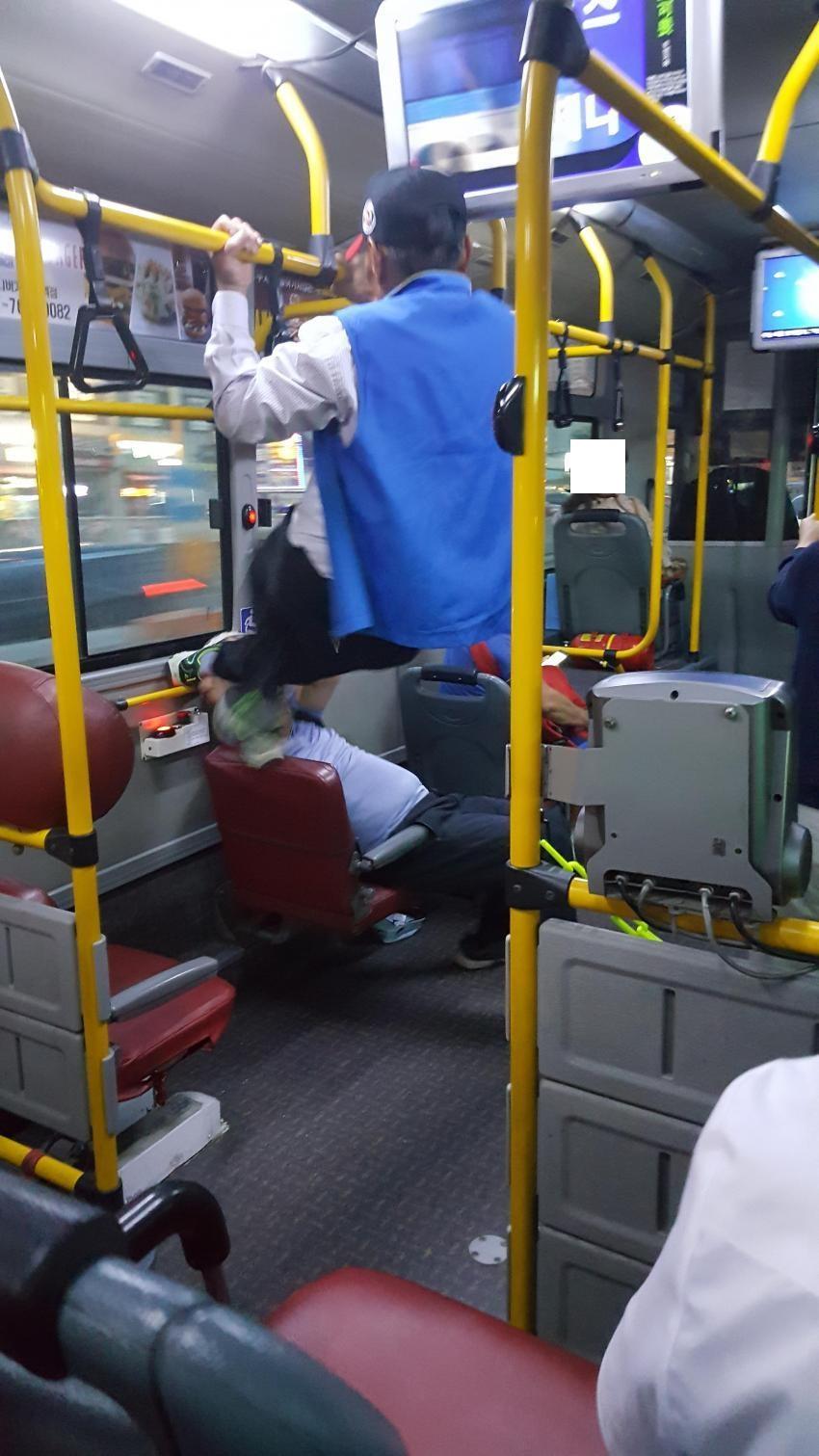 The photo has sparked debate among Koreans regarding whether giving up one’s seat for the elderly is merely considerate, or if it is, in fact, their right as elderly people to be ensured a seat.

The photo was uploaded in an online community portal and titled “This is what happens when you sit in the accessible seat.jpg”. While many argued that any form of violence is wrong, others expressed that accessible seats should be given up out of consideration, and not because it’s an elderly person’s right to have a seat.

“What is he doing at that age? It looks like there are a lot of other empty seats around him, he’s crazy. I hope he’s punished accordingly.”