G-Dragon has once again proven that he is the king of networking, as he was spotted partying with top model Bella Hadid at his party in Paris.

On January 27, G-Dragon updated his Instagram with a photo of himself partying with Bella Hadid and Japanese jewelry designer Yoon Ambush in club Le Pompon, Paris. He was also spotted enjoying the company of designer Charaf Tajer, as well as many other models.

The party was a closing reception for his brand: . 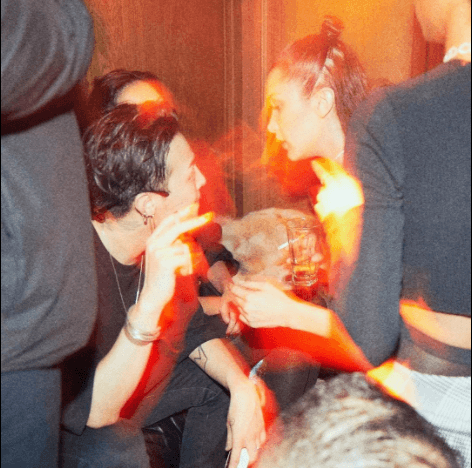 Sources say that he personally invited Bella to his party. The two were acquainted back in July 2016, when they worked together on a classy and luxurious photo shoot for Vogue China.

G-Dragon was recently at the Summer-Spring 2017 Chanel Haute Couture fashion show which was held in Paris, where Bella Hadid was also in attendance.