When celebrities are recognized at restaurants, they often thank the owners by leaving them their autographs.

And while the practice is quite common, INFINITE‘s Sungkyu recently gained a lot of attention for signing an autograph for a restaurant he visited. After seeing a photo of the signature, fans found it hilarious how poor his writing was. Although it didn’t look like he signed the autograph without any effort, the way he wrote the words “INFINITE” and his name made it look like he was so drunk that he couldn’t write properly.

With how hilarious the autographed turned out, fans have been dubbing it Sungkyu’s “drunk” autograph, and the piece has become somewhat of a joke among INFINITE fans. 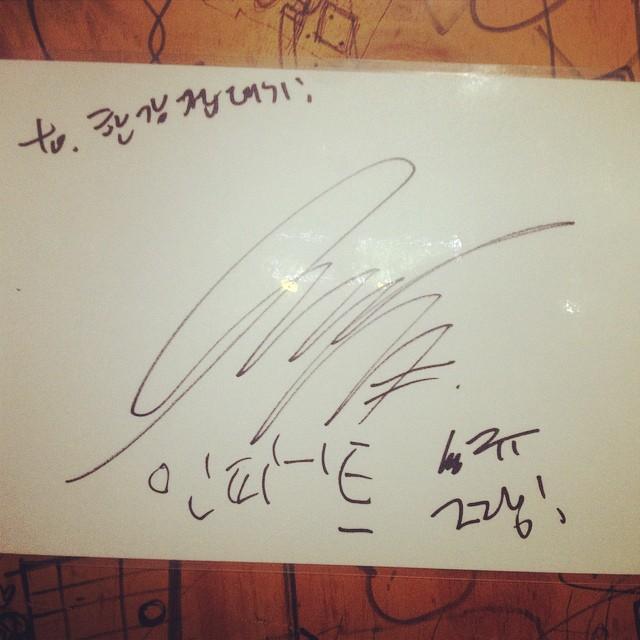 Check out the music video for INFINITE’s “Bad” below: