One of the quiz questions that the cast had to answer was given by Daniel’s fans, and it asked:

“What do you think Kang Daniel would say before kissing a girl?” 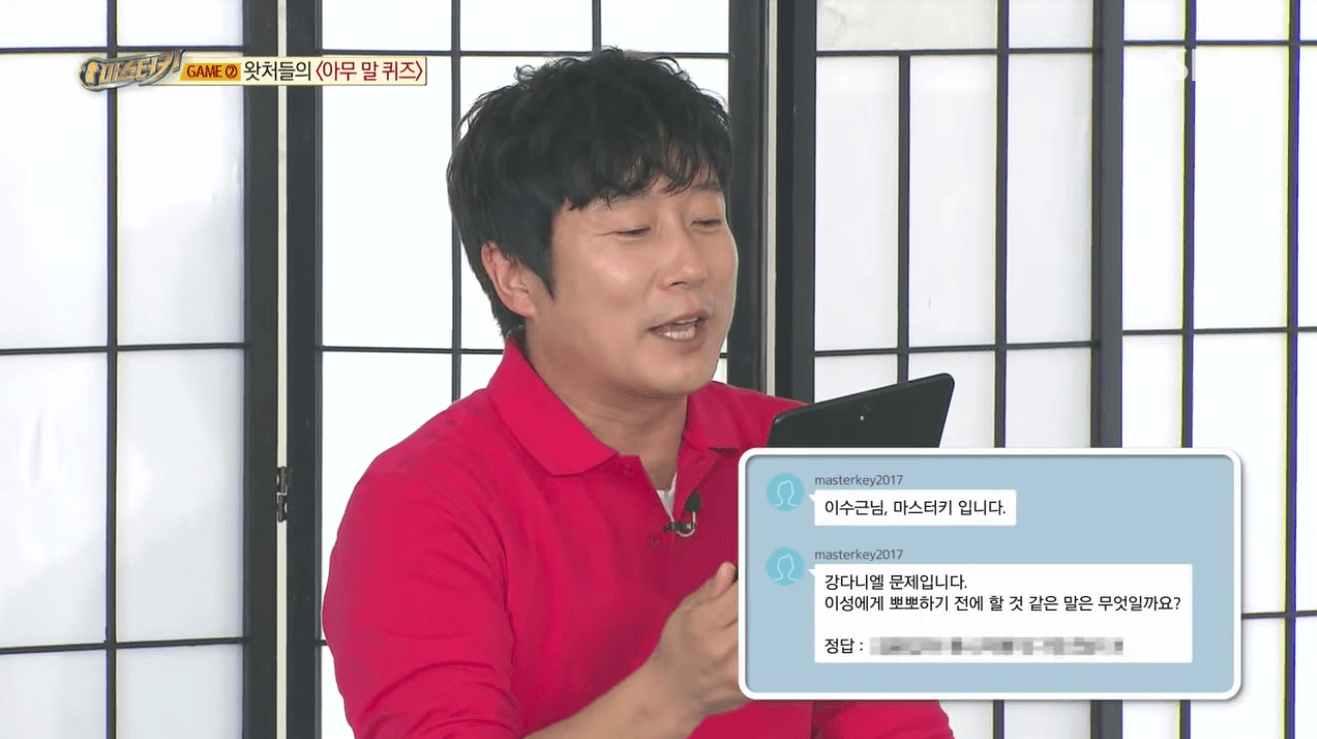 The correct answer wasn’t actually provided by Daniel, but by the fan (or “watcher”) with what they thought he would say. 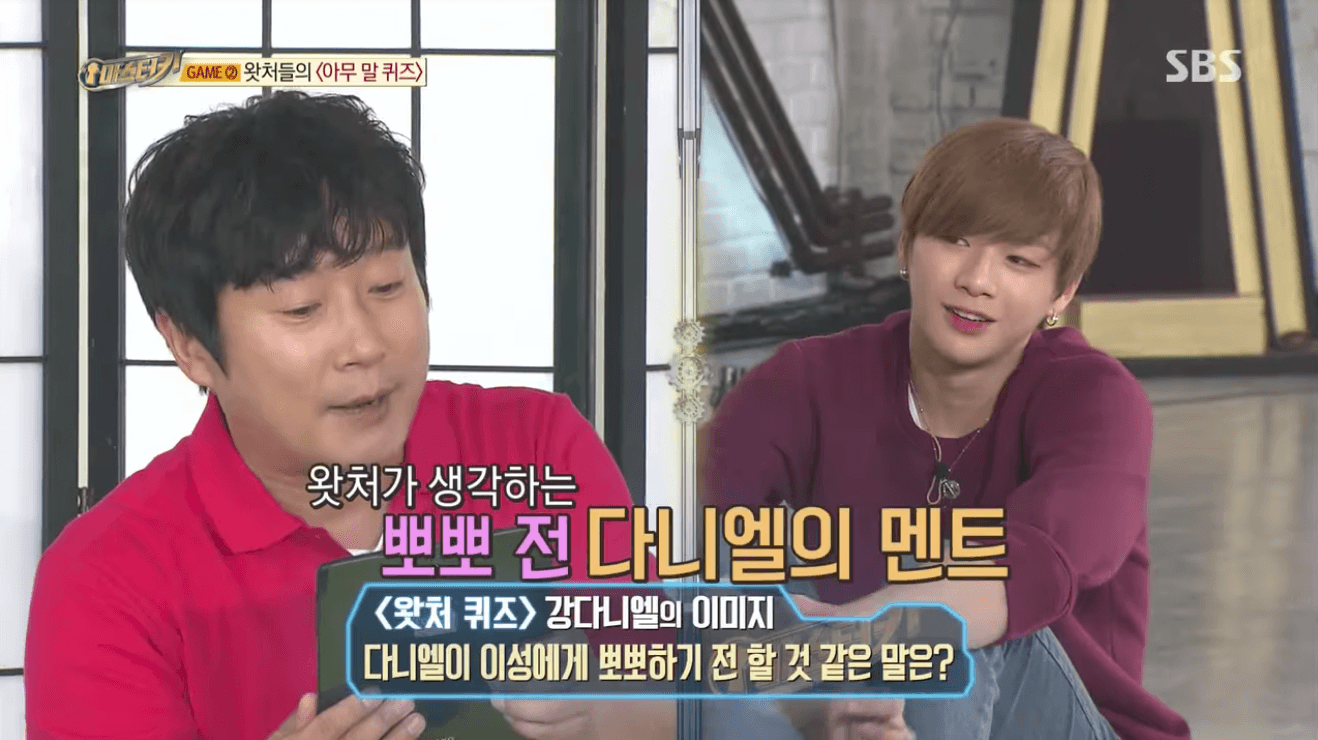 …while Seongwoo thought he would say “Why are you so pretty?” in his Busan dialect.

Unfortunately, both of them were wrong, but Jinyoung later answered it correctly.

“Little kid, there’s something on your lips.”

The winner then had the chance to reenact the answer out with Daniel himself!