Photos of TWICE Mina wearing a hat with the Japanese Rising Sun (Imperial) flag have been circulating to much controversy.

The flag symbolizes all the horrific deeds that were done to the Korean people during Japan’s reign of the country. Therefore, anyone bearing the symbol is looked upon negatively. 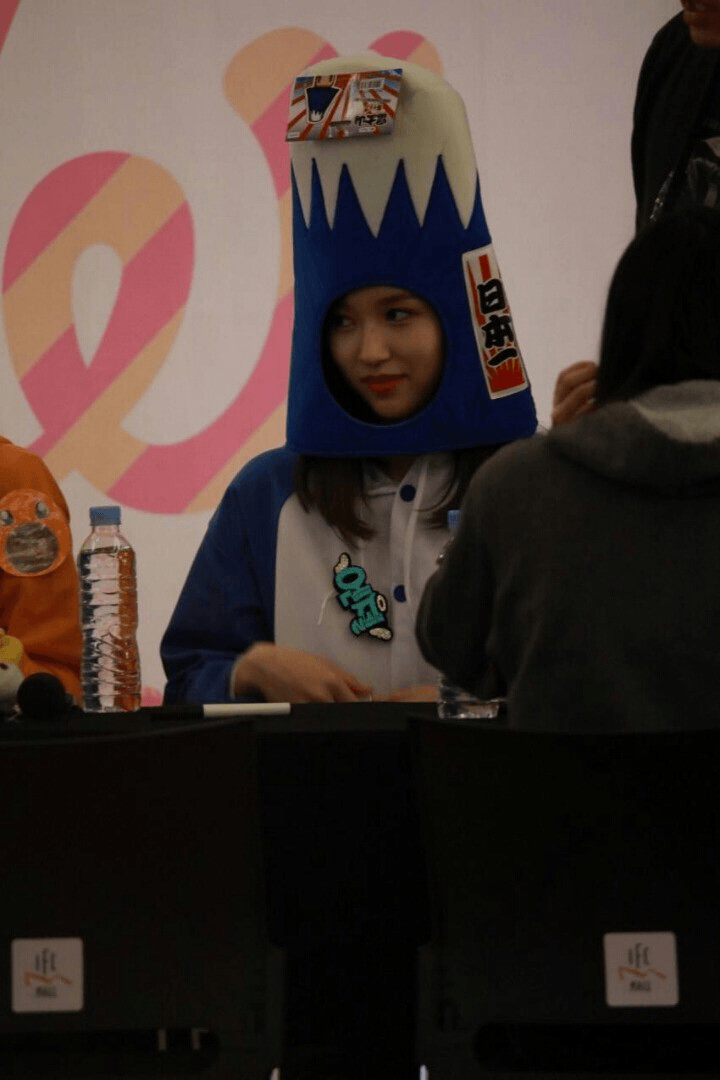 What seemed to be a start to another heaving controversy, however, has been cut short. The fan that gifted the hat to Mina promptly uploaded an apology. Also, a video of the event proves Mina was not aware of the flag on the hat.

Netizens that came across the video quickly assessed the situation and were quick to point out Mina was not at fault.

[+126, -25] I am a Japanese Major. The 日本一 (nihon ichi) that is written on the hat does not translate to “Japan is the best” like its literal meaning. In this case, it is in regards to Mt. Fuji as it is the tallest and best mountain in Japan. No misunderstandings.. Also, if you watch the video, Mina can be seen with the hat under her arm while talking to fans. She did not check what was on the hat before putting it on. (The person that gave it to her also had the hat folded weirdly so the letters could not be seen.) The manager saw it after 10 seconds and quickly took it off. In one word, this whole situation was done maliciously by that fan or whoever that was and Mina is the victim here.

[+ 155, – 62] That is not the Rising Sun flag, it’s the Setting Sun. A fan gave it to her and it was taken off immediately. The manager said they would manage the situation promptly so don’t stir up rumors and end up getting arrested. 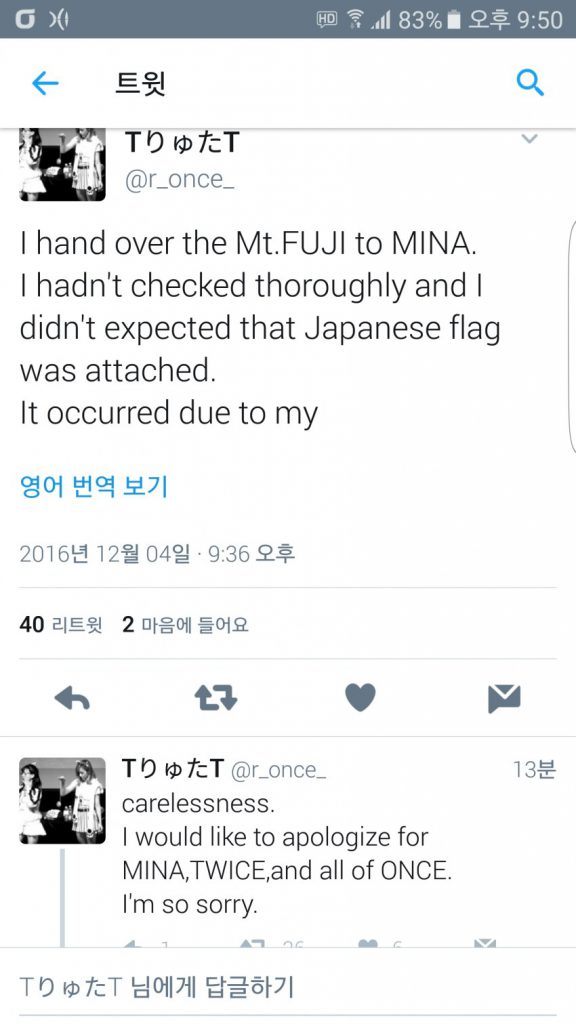 This is not the first time controversy arose because of an idol and the Rising Sun flag. The most recent case was when Girls’ Generation Tiffany used the emoticon on her Instagram post on Korea’s Independence Day.