After a decade of dubbing the Japanese version of the Power Ranger series, South Korea has finally announced that it will be making its own original continuation of the show featuring idol actors.

The South Korean animation company Daewon Media has recently announced that it will be making it’s first iteration of the Super Sentai series, from which Power Rangers originated.

Every year, Japanese company Toei debuts a superhero series with a new concept, which the United States remakes into Power Rangers with a different story, new characters, and a new name. For the last decade, Daewon Media has simply dubbed the original Japanese series in Korean using the Power Rangers name, but this year, they’ve decided to make a very big change. 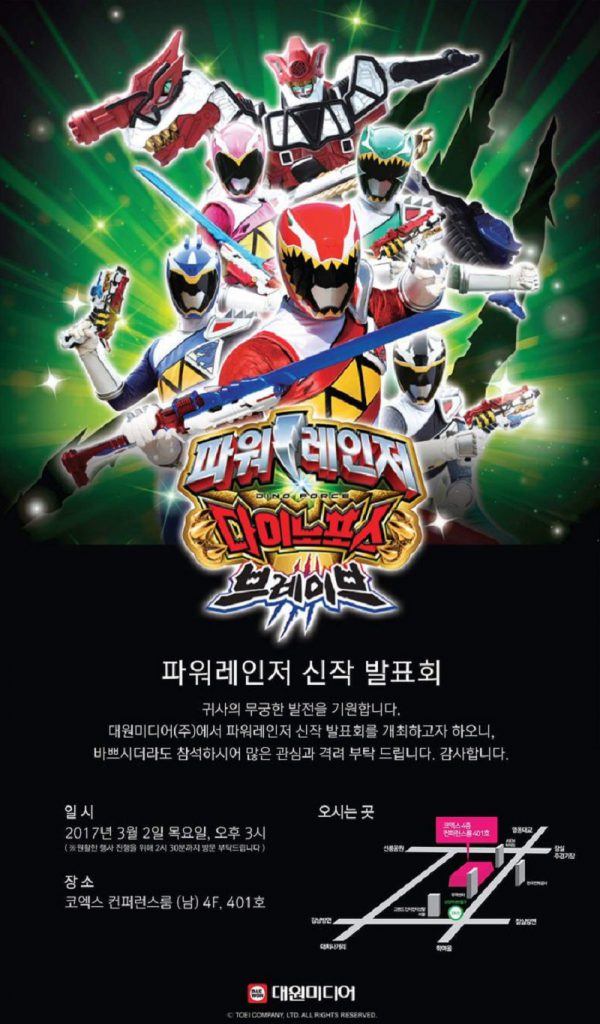 Dino Force was incredibly popular in South Korea, and instead of simply recreating another Sentai show, Daewon will be making an all-new continuation of the show. The series will reportedly feature new suits for the Rangers as well as new Megazords, with all-new footage using Korean actors. The show has even put its own K-Pop spin to series, adding in a cute dance scene at the end of the trailer. In fact, the cast also features real-life idols, including idols from MyName, APEACE, and The Boss.

Watch footage of the adaptation below: