Photos of Tiffany‘s mother have resurfaced, and fans still can’t believe how much they look alike.

A recent post in an online community portal shared some old photos of Girls’ Generation‘s Tiffany’s mother, and while many fans marveled at how beautiful she looked, most of the comments pointed out how identical they looked.

The photos were from an episode of the celebrity talk show, HaHa Mong Show, where Girls’ Generation guest starred and shared photos of their mothers.

When photos of Tiffany’s mother appeared on the screen, the hosts and other guests couldn’t help but compliment her beautiful looks and point out the similarities they could see between Tiffany and her mother. 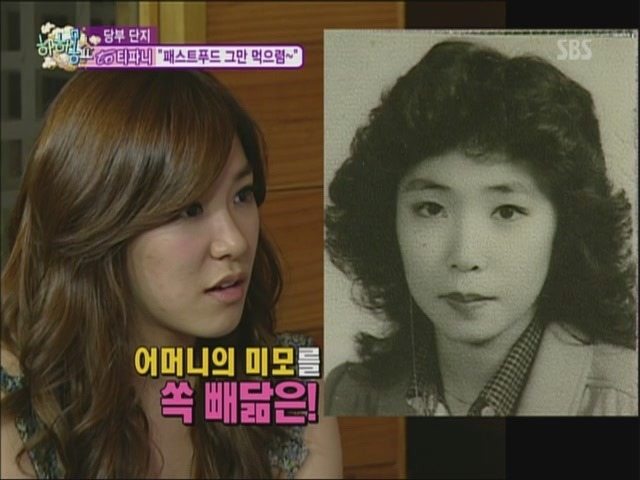 Everything about them seemed identical, from the shape of their eyes, nose, lips, eyebrows, and even face shape. Furthermore, Tiffany’s mother’s smile in her wedding photo looked just like her daughter’s, too.