TWICE Tzuyu‘s onstage fail was too adorable for anyone to be mad at her.

While TWICE was on stage interacting with the crowd, Tzuyu spotted a box of sweets that she wanted to share with the crowd. She moved forward, grabbed the box and swung it outwards to the fans. She was surely hoping that they would be showered with the candy.

Instead, she failed miserably as her plan backfired and the sweets kind of fell down in one spot. Tzuyu was understandably disappointed and quickly apologized to the fans.

Look at that pout though, how can anyone be mad? 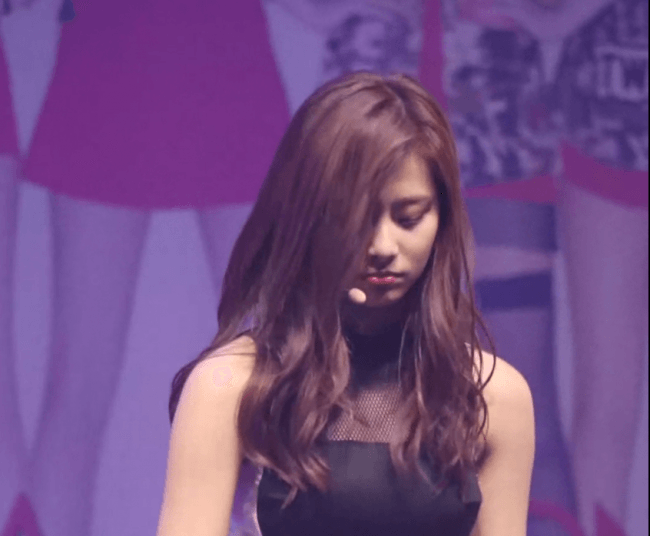 It’s the thought that counts Tzuyu! She is adorable even when she messes up and fans love her more each day.

TWICE is currently getting ready for their first tour which will begin in Seoul at the Olympic Handball Gymnasium from February 17 – 19. Maybe Tzuyu can try giving her fans candy successfully this time.