YG Entertainment is one of Korea’s most successful agencies, and the agency’s cafeteria is no different. 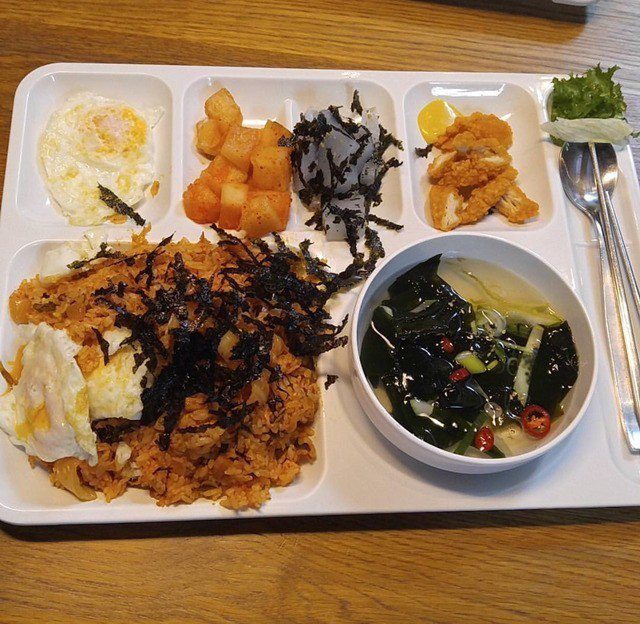 YG Entertainment has its own in-house cafeteria in their building at Hapjeong, western Seoul, where rumors of its delicious meals have spread among the public.

The menu is mainly focused on Korean food and two cooks, and a nutritionist prepares the weekly menu.

The cafeteria is open to the employees and artists of the agency, and they serve lunch, dinner and late-night meals until 3:00 AM. 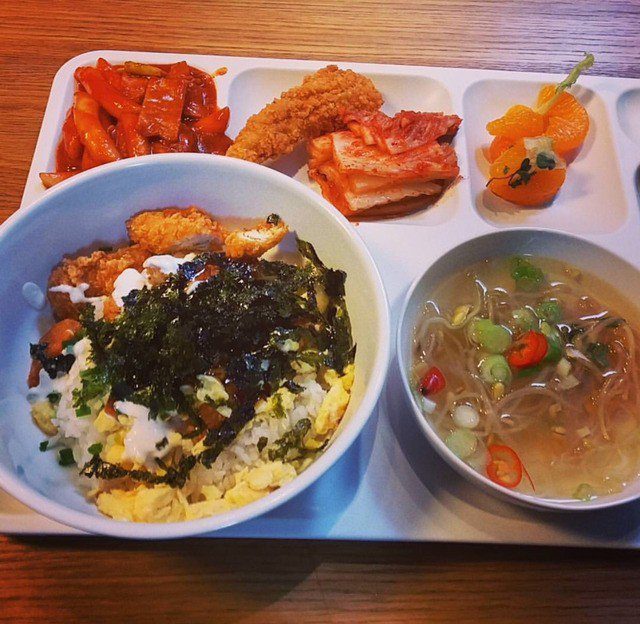 The cafeteria is entirely free for employees and artists and can hold twenty people at any given time. 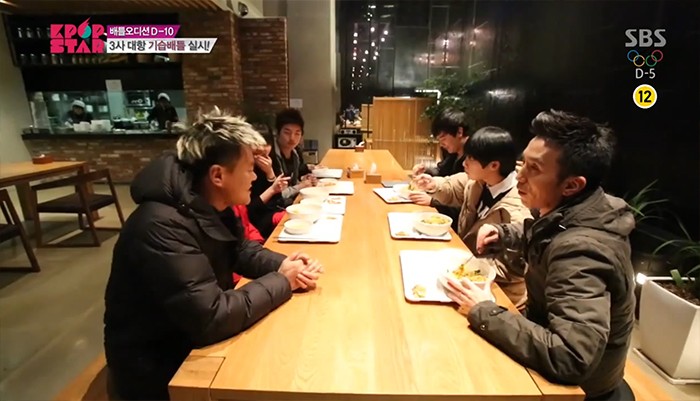 “Even though I’m busy because of the upcoming concert, I still have to eat ^_^ Are my Blackjacks taking care of themselves and eating well too?

“It’s lunch-time so there’s so many people in line~ However it’s all worth it to eat the really good food ~ >.<“

Besides Dara, many other YG artists such as G-Dragon, Sean Ro, Yoo Byungjae, Se7en, PSY, and T.O.P have been spotted eating there. 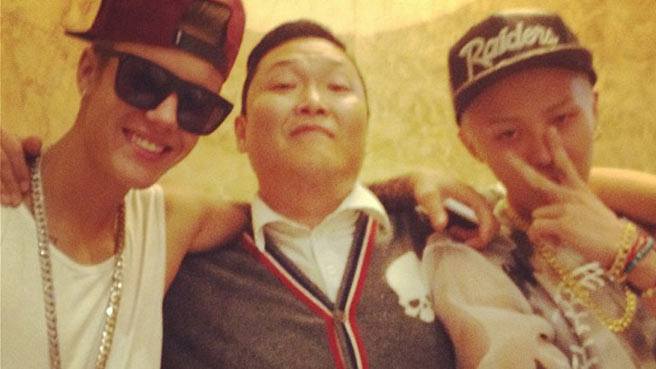 BIGBANG‘s T.O.P originally said that the food wasn’t that great on “Happy Together,” but he cleared up the accusations on BIGBANG’s episode of “Radio Star.” 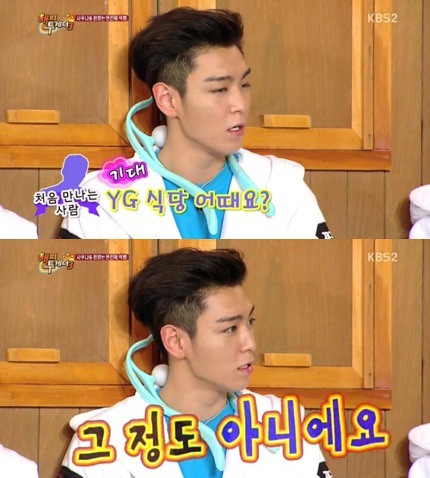 T.O.P said he only said that because everyone kept raving about the cafeteria so he thought it’d be funny to say it wasn’t good. 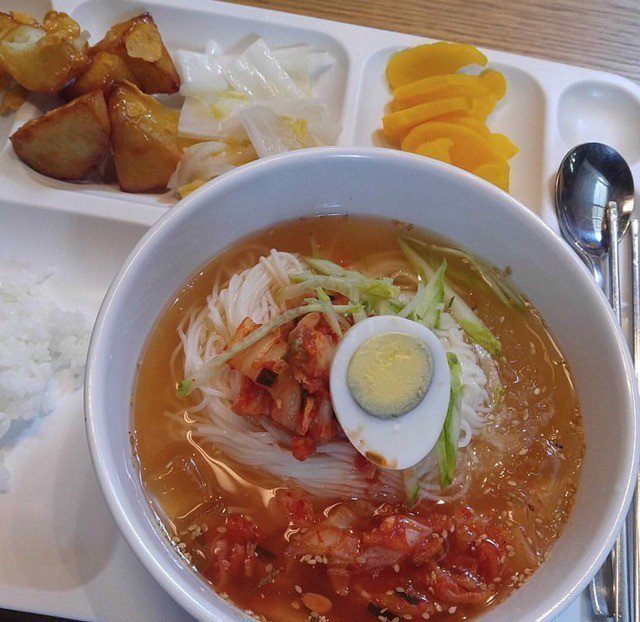 Here are just some of the foods available from YG Entertainment’s cafeteria. 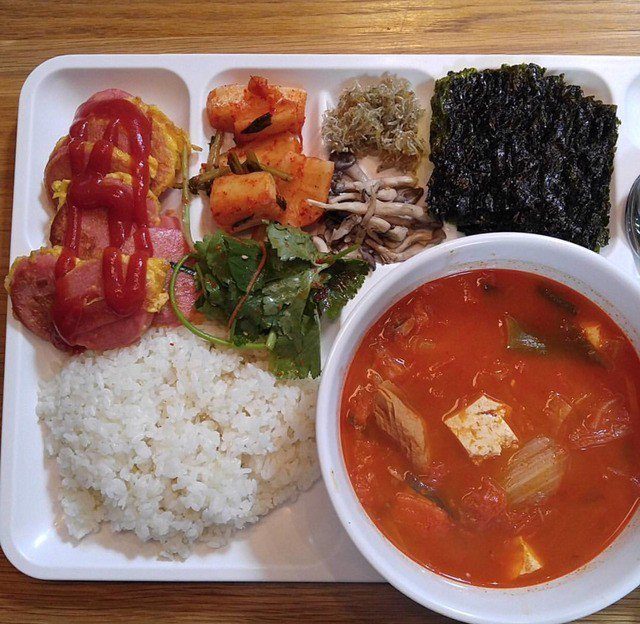 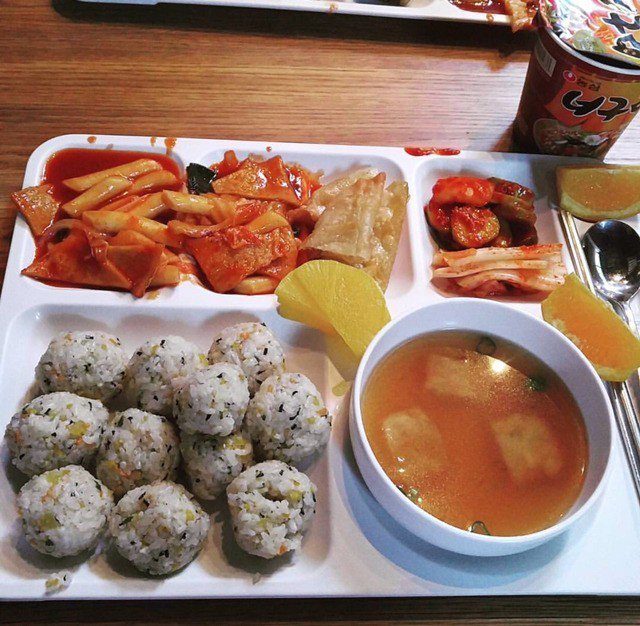