The quartet made their way up to the stage together to receive their individual awards and give their acceptance speech to the audience.

Each of the recipient’s speech went well with the sole attention being focused on them. However, when it came to Kim Yoo Jung’s turn the other stars were caught in the background, attracting the attention away from her speech. 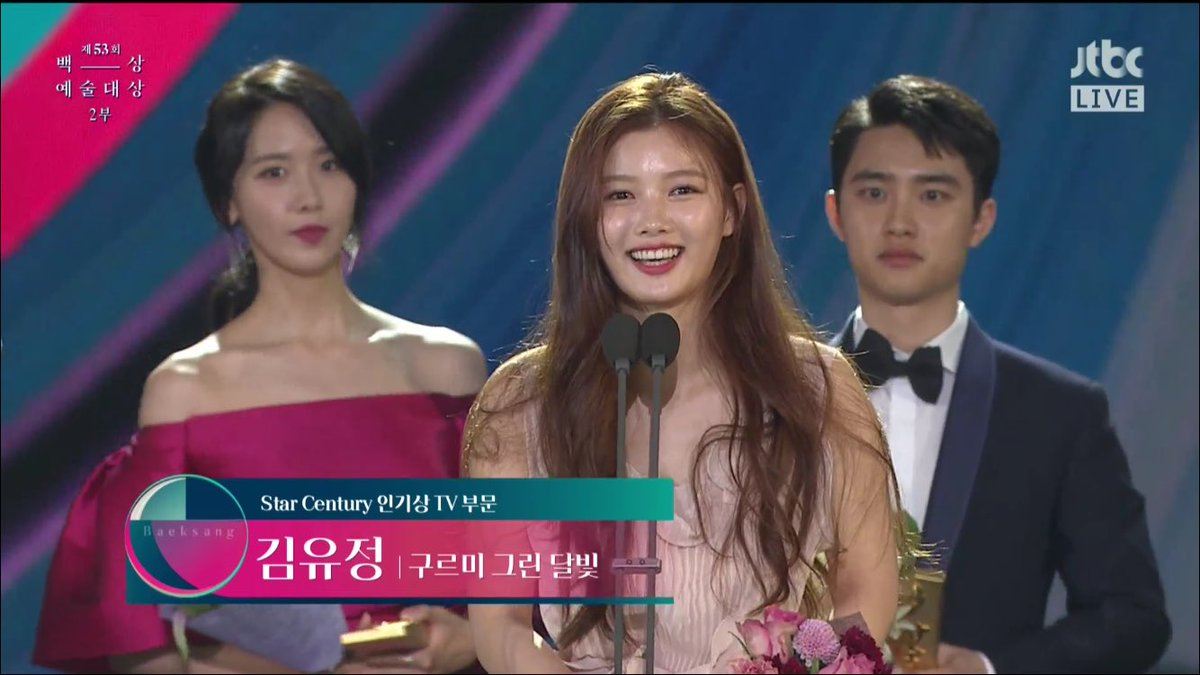 Yoona and D.O. made quick eye contact before unanimously deciding the best course of action to keep the spotlight on Kim Yoo Jung. 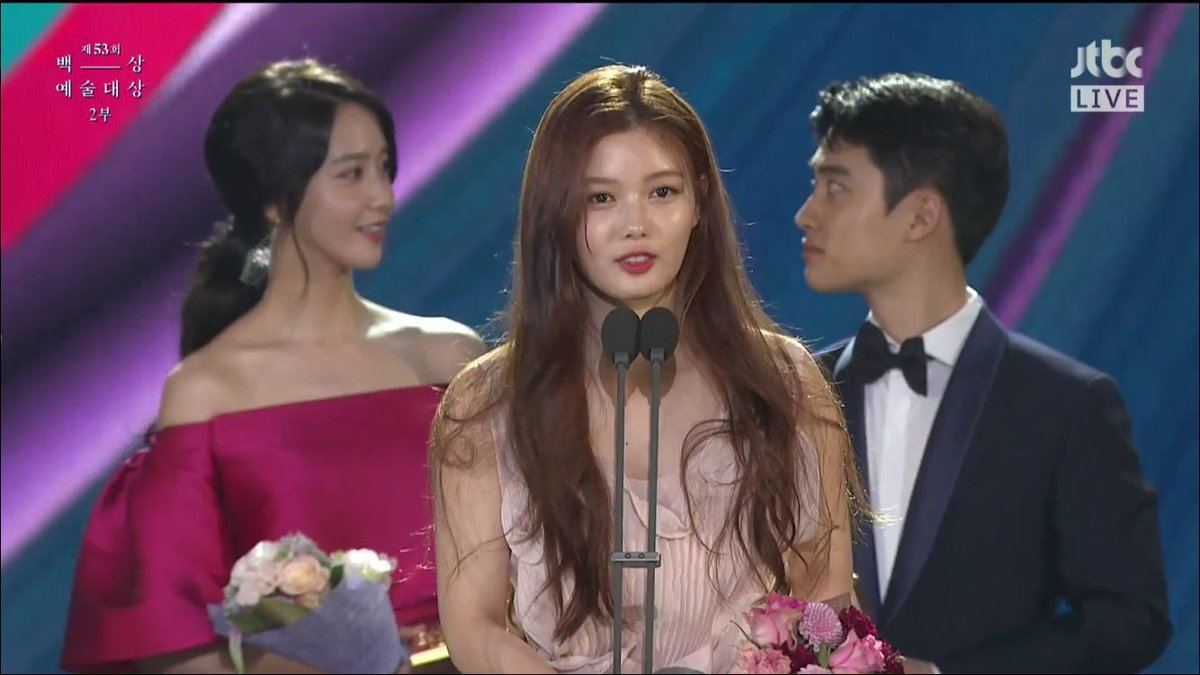 The trio (Yoona, D.O., and Park Bo Gum) tried to inconspicuously shuffle to the side of the stage in order to give Kim Yoo Jung her time to shine.