For the third week of June, the collaborative song was seen topping Mnet Music‘s weekly chart and was followed by Baek A Yeon‘s “Shouldn’t Have,” 2PM’s “My House,” and BIGBANG‘s “BANG BANG BANG.”

Sleepy made his official debut into the music industry in 2008 as part of the duo Untouchable, and recently released “Cool Night” with Song Jieun, which he has been promoting actively on music shows with SONAMOO‘s Minjae. Minjae made her debut with TS Entertainment‘s newest girl group in January 2015 with “Deja Vu.”

Despite their 10 year difference in age, the two artists have been showing a loving sibling feel on stage.

Meanwhile, SONAMOO is preparing for a comeback this July as well. 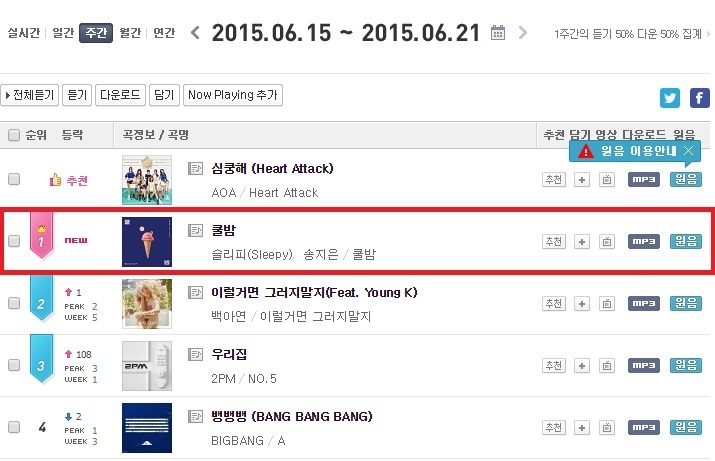