Netizens collect malicious comments from anti-fans with regards to Jimin’s fall during a fan meeting with BTS in Japan.

Earlier, it was reported that BTS Jimin fainted and fell on stage after a game event that involved holding his breath during a fan meeting in Osaka, Japan. Although many fans worried of his condition, Big Hit Entertainment calmed all worries by reporting on his well-being. However, in various articles regarding the incident, many anti-fans have left series of malicious comments towards BTS Jimin.

The post was originally posted on Pann with the title “Malicious Comments On Articles of BTS Jimin Falling” as netizens discussed a list of malicious comments about Jimin’s fainting and falling incident.

Here is the direct translation of the post and comments below.

“Yesterday, BTS Jimin was doing some angry face making event with members and fainted. But the thing is, he fell off stage…. on his head…”

“He didn’t wake up at first but opened his eyes finally after V ran towards him…. He went to take a rest but didn’t come out for the rest of the fan meeting. He left a photo and apologized on Twitter. But he used a black and white filter to cover up his bruises. You could see a little scar next to V.. There were reports that he had no serious conditions after going to the hospital.”

“I always worried about their busy schedules before; But the fact is that a 21 year male fainting for holding his breath is pretty serious..”

“I never read the comments because they were always bad but haha..”

“There are things you could say but you shouldn’t say; I was shocked to read these comments”

[ +4 / -67] Fainting due to holding breath is over doing it;; Physically weaker than girls. Strengthen up phew..

[ +2 / -92] Did you do a fan meeting climbing up mountains? Which mountain did you plunge out of? 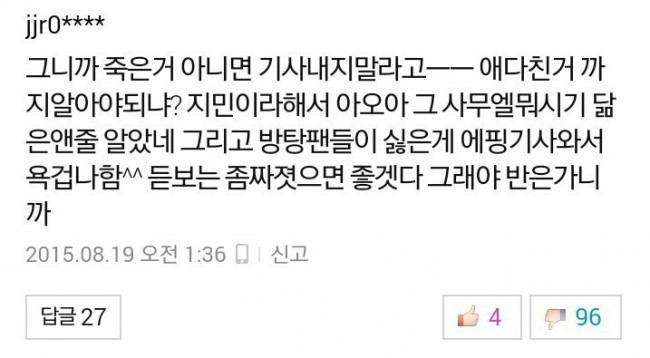 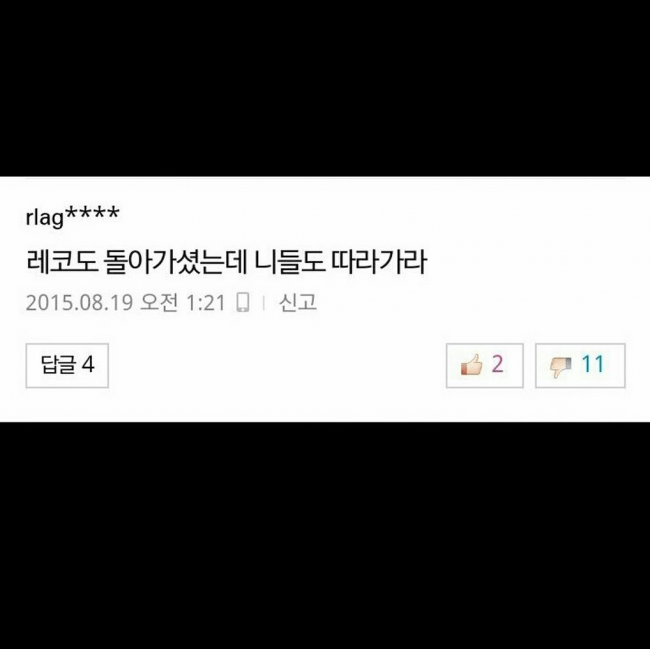 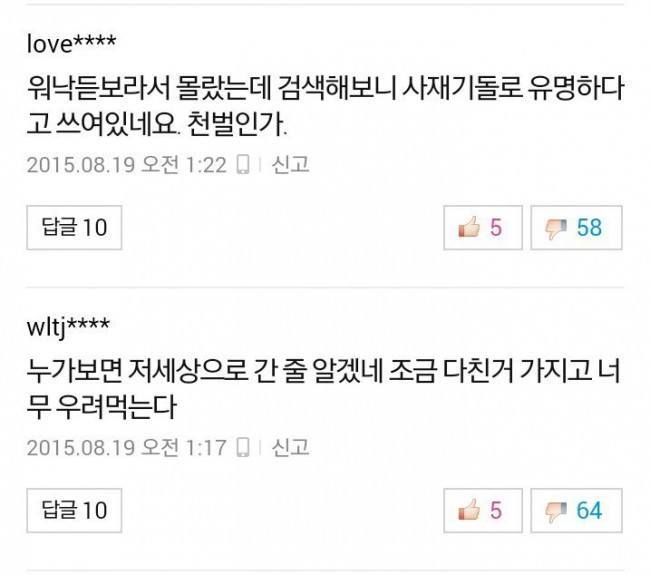 [ +5 / -58] Wow I found out from searching that they are famous through ‘sajaegi.’ Deserved punshiment.

[ +5 / -64] Wow people are going to think he died or something. He only got hurt little, stop making a big fuss about it.

[ +145 / -7] Woah… I’m not an ARMY but I’m worried because falling off on head is pretty serious.. T_T_T I’m glad that he is okay… People that leave malicious comments are hopeless hahahahaahahahaha They are just keyboard warriors…… ARMY fighting!