Beenzino is getting ready to tear the stage up on December 5th in New York, as he plans to hold a release party for his album, Up All Night.

The event is taking place at Stage 48, where AOMG recently held their New York concert on November 15th. Tickets went on sale today, November 17th, via eventbrite.com. Prices range from $40 to $1000 depending on if you just want general admission, VVIP, or a table. For those that are familiar with Beenzino’s tracks, they will notice that he has named some of the tickets after his songs “Boogie On & On,” “Aquaman,” and “Dali Van Picasso.” The doors open at 10 p.m. EST and it is an 18+ event.

In related news, Beenzino released a surprise, free track titled “Rockin’ With the Best” alongside 1LLIONAIRE labelmates The Quiett and Dok2. He was also featured in Epik High’s comeback track “Born Hater.”

For more information on the event you can visit beenzinotour.com. 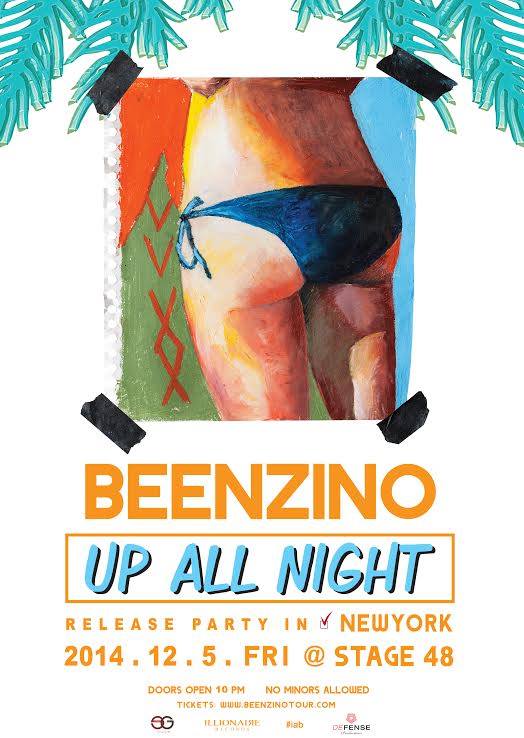