Sulli has been pursuing her acting career after leaving group f(x). Will she be in a bed scene for her upcoming movie “Real?”

Originally posted on Pann, netizens discuss Sulli being included in a bed scene in upcoming movie.

Titled “Woah Sulli’s Bed Scene,” here is the direct translation of the post and comments below.

“Woah… This isinteresting… You have to have experience in bed to pull this acting off… Bed scene… Sulli’s chest going to be in the movie?? Wow… That is why she kept posting weird photos on her Instagram.” 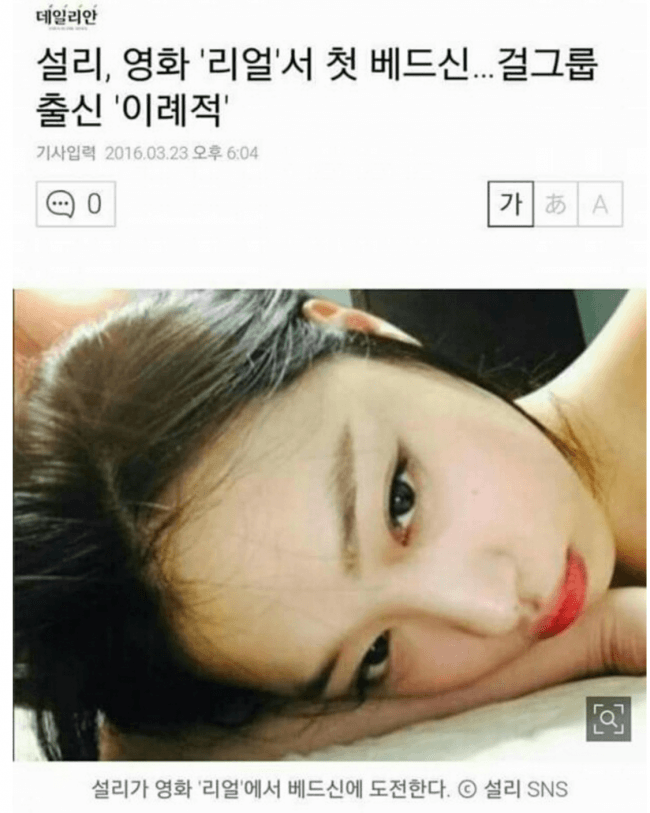 [ +131 / -5] It is a movie with both Kim Soo Hyun and Sulli but she gets all of the nasty sexual comments towards her;;; How can you say she is a slut because of a bed scene hahahaha Don’t you think it is a little too much

[ +106 / -1] Isn’t Han Jieun the leading female role??I think Sulli will reveal some skin but not too much… Her entertainment company is SM.. Aren’t they just trying to advertise through her name