Originally posted by a netizen on Pann, pictures of Girl’s Day’s appearance at a SBS radio show (Cultwo Show) supposedly showed Minah’s rude actions toward her fellow member, Yura. After the post went viral, many netizens chimed in to discuss the situation as well as the recent controversy regarding the members’ alleged rudeness on KoonTV.

Titled “Girl’s Day Minah ignoring Yura;” on Pann, here is the full translation of the post and the top comments below.

“I was a fan of Girl’s Day since “Something,” and every time they did something disappointing, I stood by them and continued to be their fan. I first became a follower and fan of Minah but every time I saw Minah with the eyes of a girl, I can notice that she was smiling with her eyes on purpose in front of male idols and flirting with them.

And every time Yura talks, she keeps giving her the looks to her and every time Yura gets some attention, Minah pretends to smile a little with a fake smile? Then I can see Yura always keeping in mind of Minah. When I saw that, I was disappointed but still liked Girl’s Day.

But after seeing this live radio broadcast, the Girl’s Day members walk straight in but Minah notices some fans and stops. Seeing this, Yura passes Minah to go sit at the third seat but then Minah was holding some piece of paper? She quickly put the paper on the third seat’s table not allowing Yura to sit there. When Yura looks at Minah all confused, Minah acts as if nothing happened making Yura just naturally sit on the fourth seat. 🙁

Yura is even an older unnie than Minah but if you saw someone else trying to sit there, you can go to the back seat and not force yourself into the inner seat. How could you not let someone just sit there and humiliate them by blocking their way. After I saw this, I thought that Bang Minah’s personality hasn’t been fixed;; Being a true fan, I know someone’s true intentions. Minah’s personality makes her block Yura’s way just because she wanted to sit there making Yura go back to the far end.” 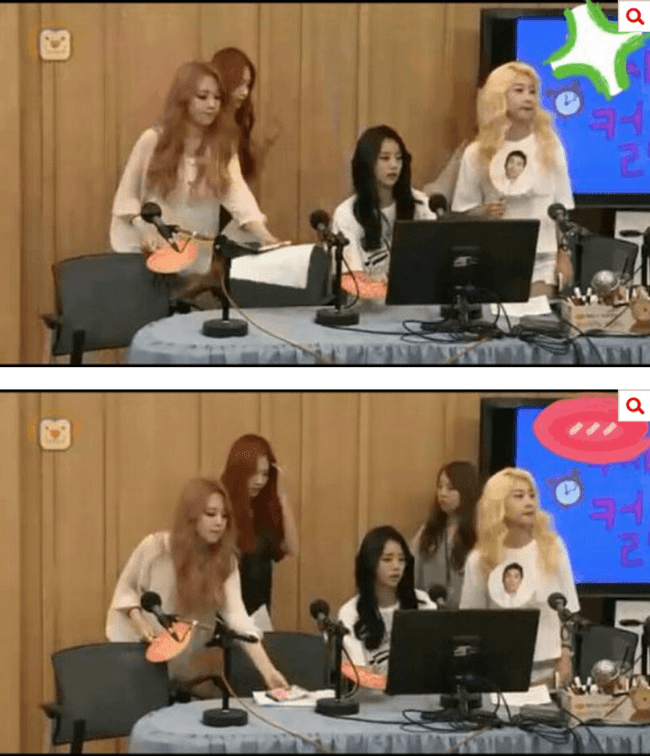 After Yura was trying to sit, Minah quickly puts a piece of paper on the table to block her 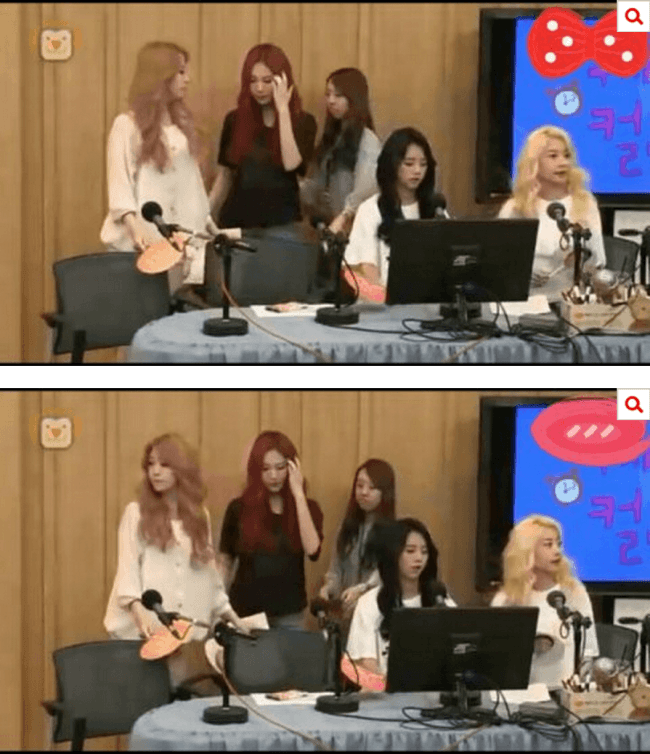 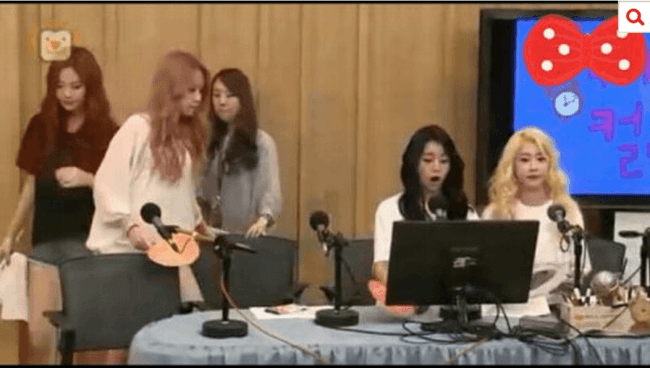 Yura gets confused and then goes back to sit down. 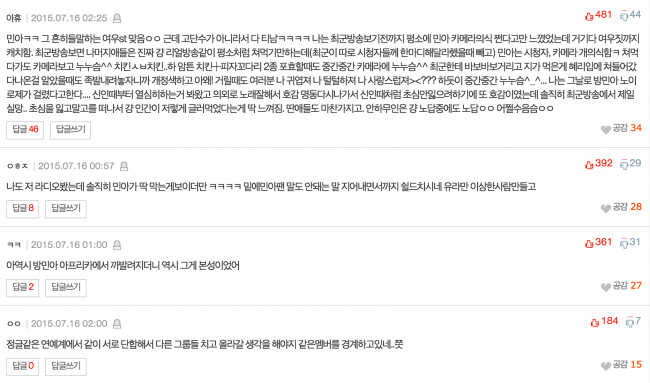 [ +481/ -44] Minah haha she is the typical foxy type, yes yes. But she isn’t a top level pro at being a fox, so you can tell she is one hahahaha Before the KoonTV incident, I only thought that she was very alert about the cameras but found out she was also a fox. When I was seeing KoonTV, the rest of the members were eating normally  (except for when Choi Koon asked them to say something to the viewers) but Minah was always alert of the camera ha. Even when she was eating, when the camera was on her, she would do her eye smile ^^ chicken f**king chicken.. ha.. anyways even when she was bellowing chicken + pizza sets, she would always do her eye smiling to the camera ^^ She would even keep calling Choi Koon an idiot idiot. When she found out what she ate came out of Hyeri’s mouth, she would get all serious and scream “AH WHY!” when they told her to put the food down. Even then, she would turn to the camera and smile to the camera as if she is saying “everyone, I’m cute and honest, don’t you think I’m lovely ><??” ^_^… From that broadcast, I really thought she was showing symptoms of neurosis… I saw her work hard ever since she was a rookie, she was exceptionally good at singing and seemed like she was working hard as she was a rookie as always, so I liked her the best but after seeing the KoonTV broadcast, I’m very disappointed in her. Not the fact that she forgot where she started from but just the fact that she is that type of person. The others too are the same. Out of everyone, they look down people the most. Yes yes but nothing can be done about that.

[ +392 / -29] I saw the radio broadcast too but it seemed like Minah was really blocking hahahaha hey the commenter on the bottom, stop making stuff up and trying to protect them. Your making Yura a weird person.

[ +184 / -7] In this industry, where it is difficult to compete like the jungle with other groups, why would you compete with other members when you should be uniting to beat other groups? tsk…