Former EXO member, Kris (Wu Yifan) updates fans with his ongoing activities as he reads a script from his latest project.

On December 14th, Kris updated his personal Weibo account with a photo of him in deep concentration as he holds out a script. The update came with the message, “Being secretly photographed…Tonight’s homework: reading the script,” while a link to his upcoming film Fading Wave was posted in the comments.

Despite being busy promoting his current film Somewhere Only We Know prior to its release on February 14th, Kris continues on to another project with director Guan Hu for Fading Wave.  He attended the movie’s official press conference on December 12th.

Meanwhile, Kris is still in the middle of mediation with SM Entertainment for the nullification of his contract. The case continues on to its third mediation before a standard legal proceeding is appointed. 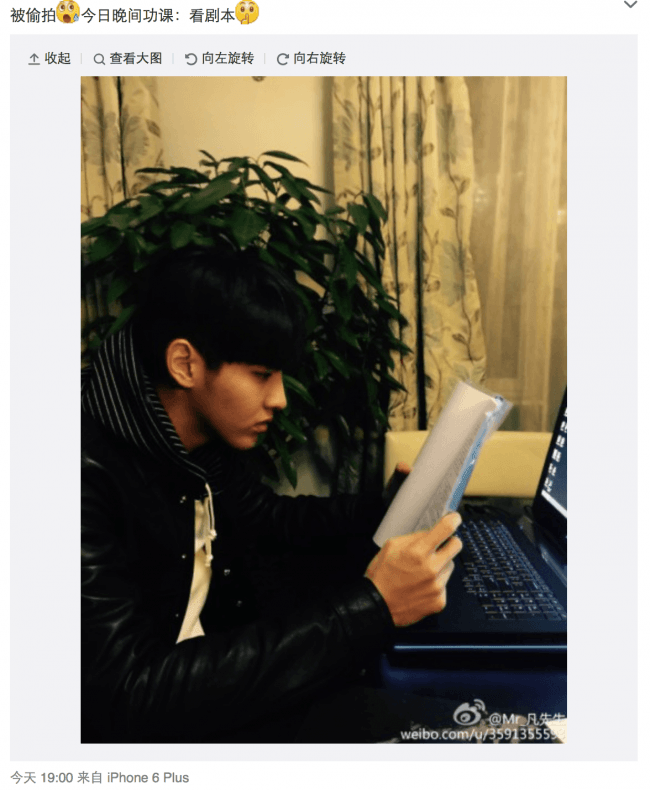