SM Rookies Taeyong has been criticized even before his debut for alleged scams he was involved with when he was younger, on a website called Joonggonara, where you can buy and sell second hand items, similar to eBay. But could netizens have discovered another reason for him to receive criticism?

Titled “SM Rookies Taeyong In Trouble For Ignoring EXO-L,” here is the direct translation of the post and comments below.

“He is currently being criticized and this post is getting retweeted by many people.

I kind of felt bad for him as he was criticized for alleged scams in Joonggonara when he was young….

But I hope this isn’t true T_T 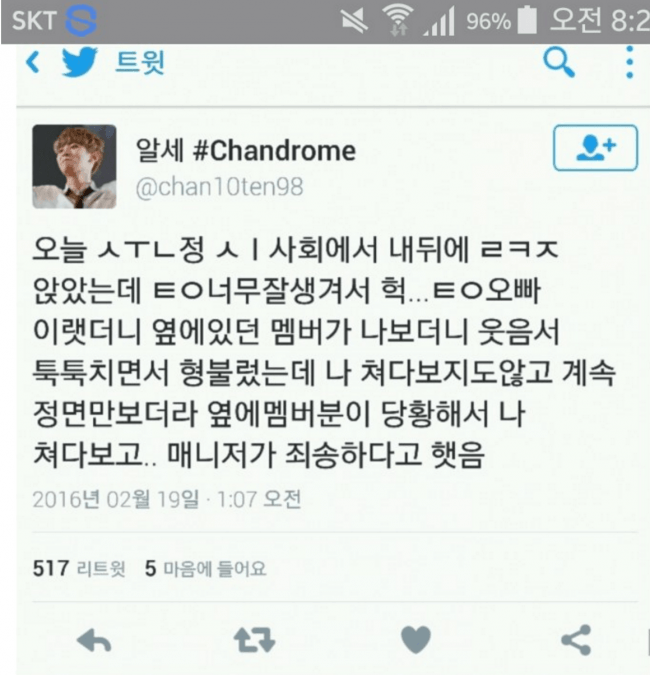 “I was at D.O’s film opening ceremony and I was sitting behind SM Rookie’s Taeyong.. huk.. And he was so handsome and I called him ‘Taeyong oppa.’ And then the other member next to him looked at me, smiled and then called Taeyong to notice me but he kept not looking at me but forward. Even the member felt awkward that he wouldn’t look at me and looked at me confused.. The manager ended up apologizing to me.” 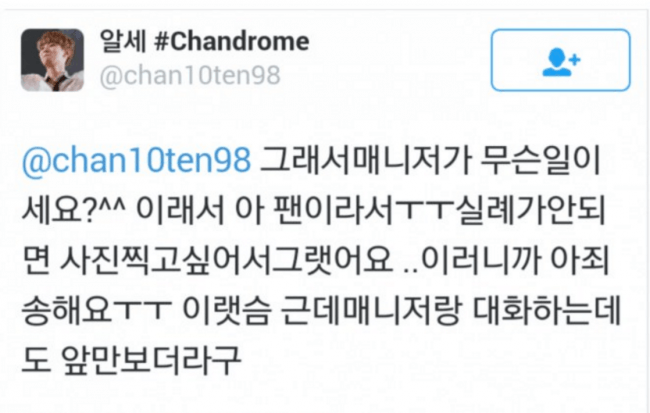 “So that manager asked me ‘what do you need? ^^’ So I told him that I was Taeyong’s fan T_T And that if it wasn’t too much trouble, I would like to take a picture with him… Then the manager apologized to me T_T But even when the manager was asking Taeyong, he wouldn’t look back at me once and kept his eyes forward”

“I decided to post this on Twitter after my feelings were hurt, confused and angry at the situation… I don’t really care if Taeyong’s fans cuss at me haha; I really thought that he wasn’t this rude even though I knew of his past.. I thought it may be troublesome for him to take photos with me so I even told him I was his fan but wow.” 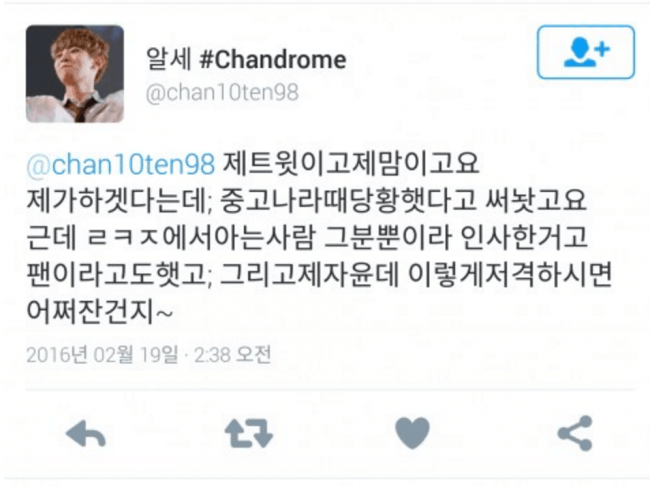 “This is my Twitter and I can do what I want. It is my opinion. I wrote that I was confused of his Joonggonara incident. I only noticed him out of the SM Rookies so that is the reason why I wanted to say hi to him. I even told him that I was his fan; Why keep insulting me when it is my freedom to do so on my Twitter~”

EXO-L: “I wouldn’t have even spoke to them if there were so many people there or there were many people looking at them… I almost cried when this happened… ha..

EXO-L: “It was my first time experiencing ignorance at first point of view like this”

Friend: “I would understand if he didn’t hear you but even his member called him for you… ^^ What an a**hole… I don’t think I can be a fan of him.” 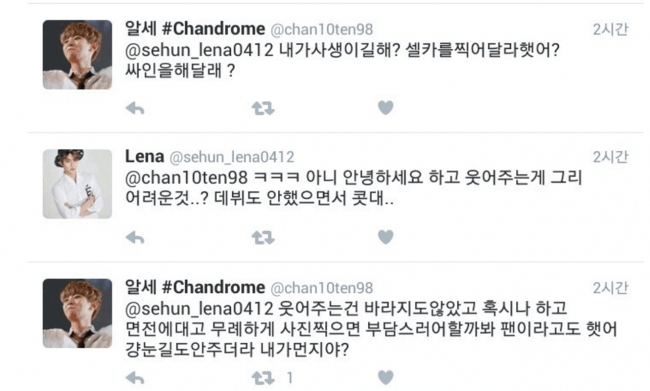 Friend: “Hahaha I mean how hard is it to look back and say hi while smiling…? He didn’t even make a debut yet and he is already cocky..”

EXO-L: “I didn’t even expect him to smile back but I even told him I was a fan of him thinking that he might feel awkward taking a photo at first meet.. But he didn’t even notice or acknowledge me.. Am I dust to him?”

[ +81 / 0] What do you mean the Joonggonara incident was exaggerated? He scammed and cussed out his victims, isn’t it all proven true?

GOT7’s Jay B Teases World Tour For The Group