Despite having just debuted in October, the JYP Entertainent group has already proved their dominance in the industry, accumulating over 100 million total YouTube views between their two music videos, several perfect all-kills on the digital charts, and now ten music show wins for their latest song “Cheer Up.”

This week’s Music Bank win marks their fourth win on the show, following a scoring error last week which transferred fellow girl group AOA‘s win to the group. This week, TWICE took home the trophy after going up against SHINee‘s Jonghyun, who recently made a solo comeback with “She is.” Because Music Bank doesn’t have a cap on the number of times an artist can win (whereas M! Countdown and Inkigayo have the “triple crown” rule that restricts each artist to three wins), TWICE could be a strong contender for next week’s trophy as well. 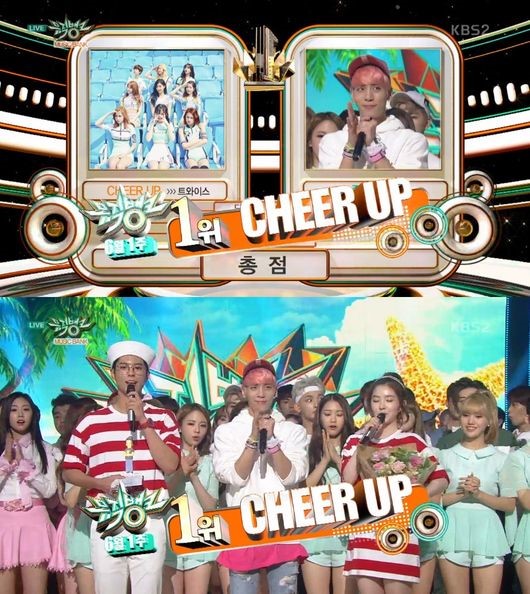