Zico‘s brother WuNo was recently involved in a controversy on popular hip hop show Show Me The Money 5, which resulted in his elimination from the show. And while many viewers have criticized rapper and show judge Dok2 for being biased towards contestant Myundo and calling several ties before awarding Myundo the win, one of the cast members has also spoken up on the issue. Commenting on his Instagram, Wuno’s brother Zico showed his support, saying “Forget that I’m your little bro and forget it all you were just better hyung,” referring to the fact that Wuno should have won against Myundo. 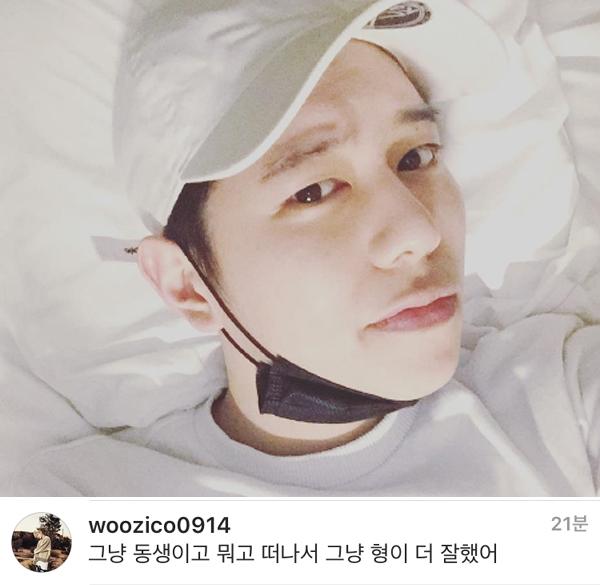