Girls’ Generation’s Yoona and actor Song Seung Hun have been awarded as model taxpayers and received presidential citation on the 49th Taxpayer’s Day.

The 49th Taxpayer’s Day was held on March 3rd at COEX Auditorium in Samsung, where Yoona and Song Seung Hun received the presidential award.

Yoona and Song Seung Hun were selected among many celebrities who were nominated for their honest tax payments and voluntary contributions. In addition, both celebrities were also appointed as honorary ambassadors of the National Tax Service for a year.

Prior to this, Song Seung Hun has received the best taxpayer award in 2010 while Yoona has joined the Honor Society in January this year, having helped many families with low income for the past few years. 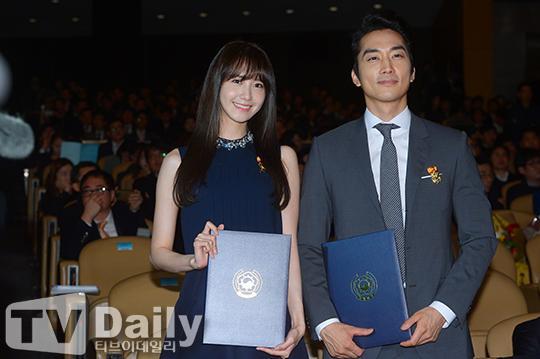