Although variety shows continue to be some of the most popular television shows in Korea, the lack of female presence in the industry has become quite apparent.

Even though variety shows often feature a large ensemble of cast members, netizens noticed that the amount of women as part of the cast have largely reduced.

Despite the success of Running Man cast member and actress Song Ji Hyo, the industry continues to be dominated by male celebrities.

In light of this problem, many netizens have urged broadcasting stations to feature more women in their variety shows. 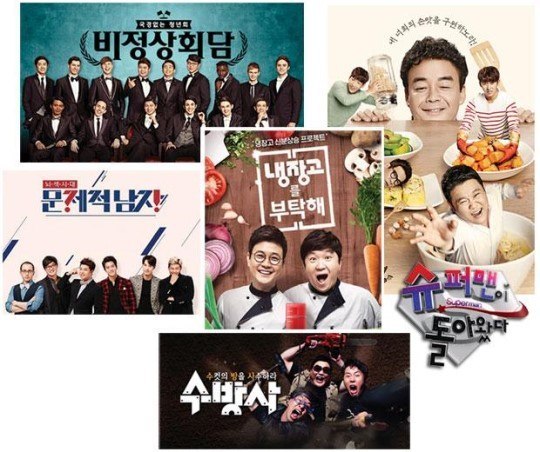 [+2914, -173] There are so many funny female comedians like Jang Do Yeon, Park Narae and Lee Gukju but they’re always just guests..

[+1132, -163] It’s partly because there are no gagwomen that are as well spoken nor bright at slap stick as the past