Weki Meki’s Doyeon was spotted looking stunning, as usual, while heading to her next schedule. 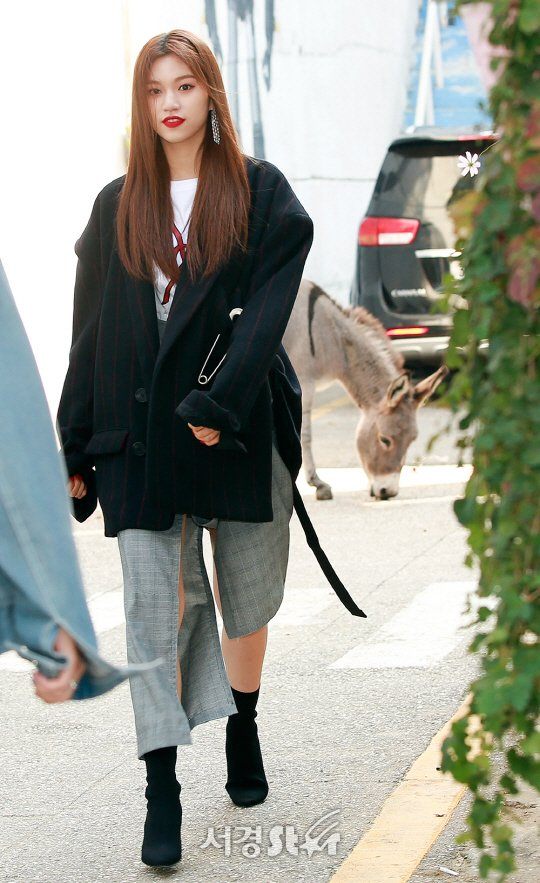 In the photos, however, fans couldn’t help but notice a donkey minding its own business behind her. 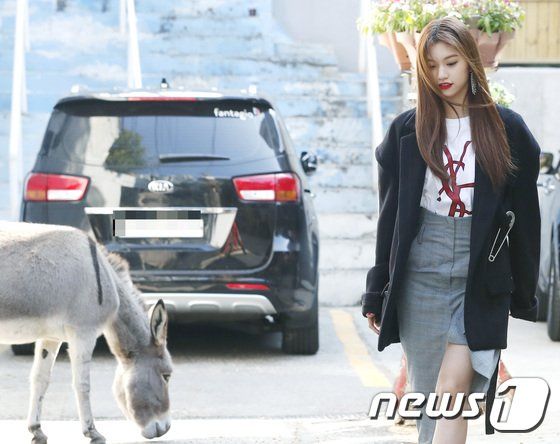 It caused quite the confusion, as donkeys are rarely ever seen in the middle of a city like Seoul… 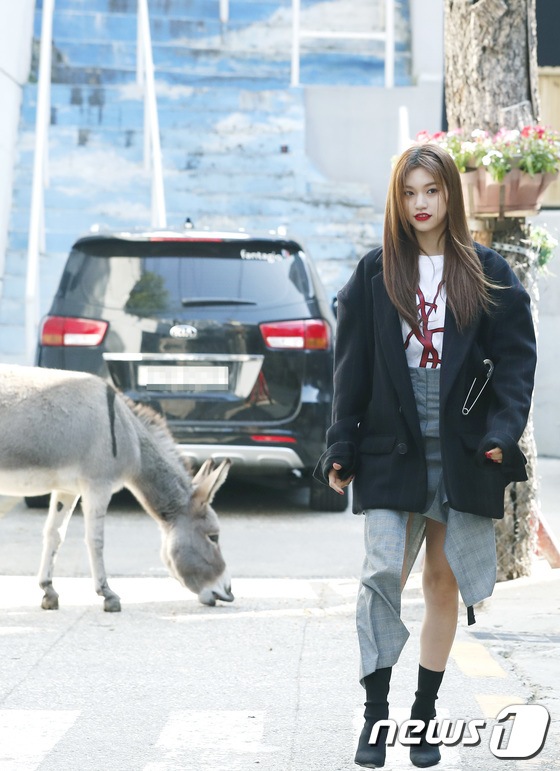 ..much less in Nonhyun-dong, where Doyeon was, which is one of Korea’s most affluent, urban neighborhoods. 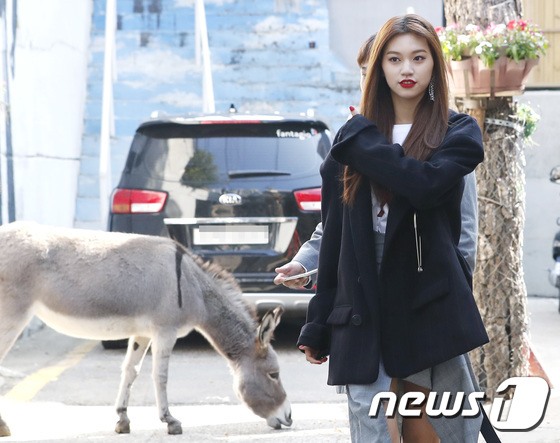 Upon further research, fans found out that the donkey was being raised by a nearby restaurant!

They even found a photo of the same donkey in the same street with a chicken sitting on its back! 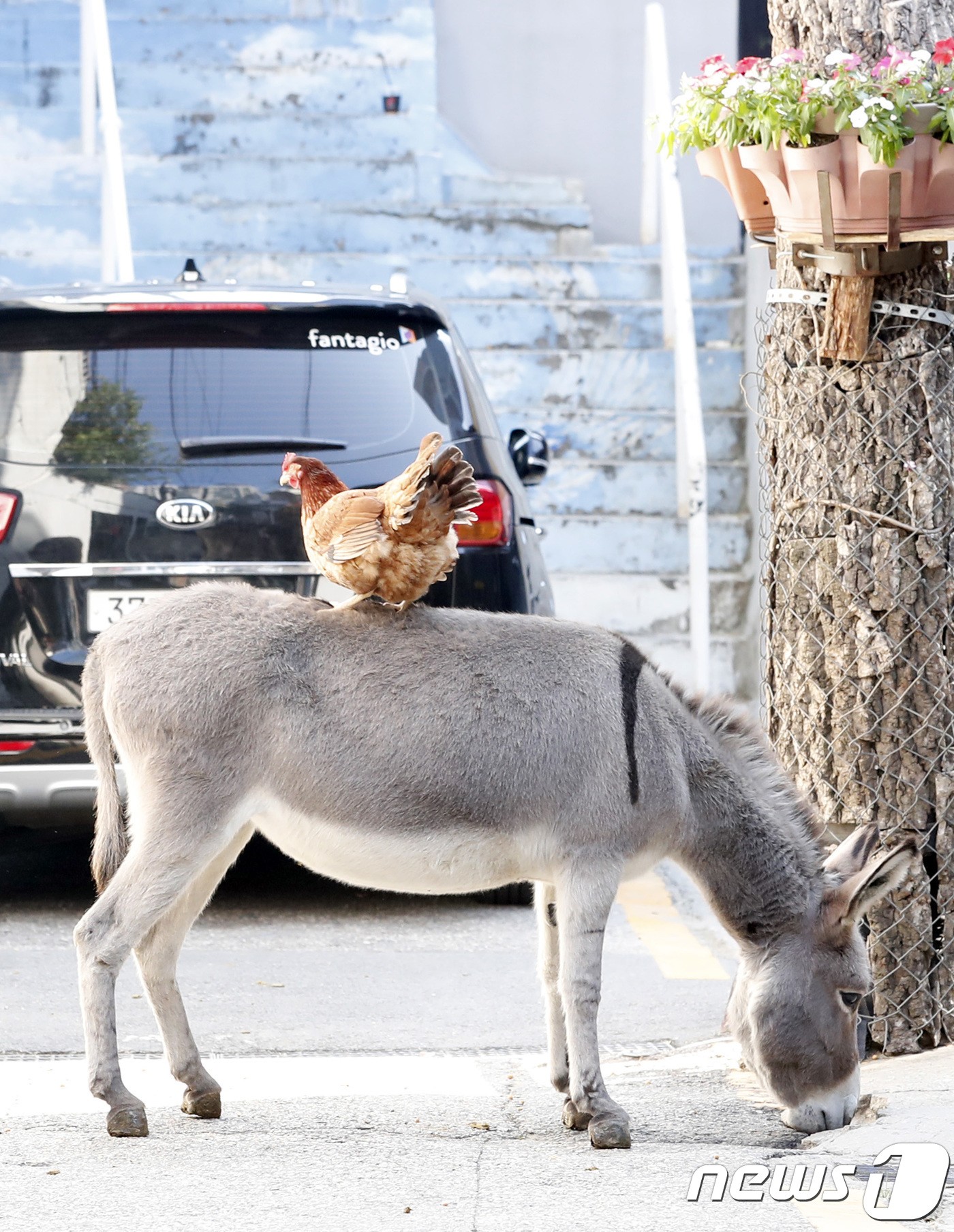 Despite the odd sight, Doyeon looked stunning and surprisingly unfazed. 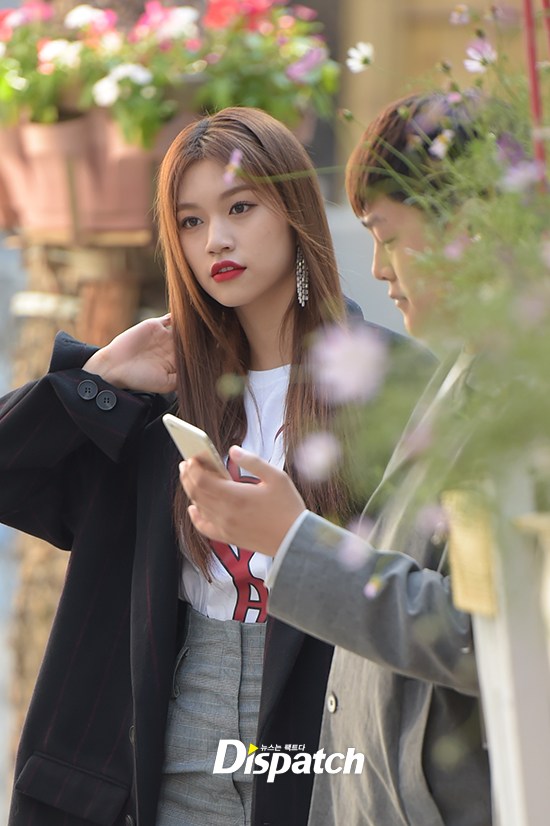