Park Bom has shared entries from her diary written two years ago, revealing intimate details about her life and how she feels about YG Entertainment‘s Yang Hyun Suk.

The release of her diary came just after Yang Hyun Suk released additional details about the disbandment of 2NE1 .

Park Bom’s release of her diary was the first time she spoke on her feelings opening about since the disbandment of 2NE1 and her own personal “drug scandal.”

She revealed in the letter that she never intended for the diary to be seen by others when she originally wrote it.

Read the full translation of what she had to say below:

October 20th, Tuesday.
Today was a very hectic day. I am writing this diary in order to remember this day.

I watched the “Martian” today…To forget (I don’t even know) everything that you heard and saw…it’s a ridiculous notion but I did….I guess if you are deadly sick that’s what happens.

Anyways, I feel like today will be one of those days that goes into my core memory.

[YG Entertainment’s CEO Yang Hyun Suk] is for sure a person of greatness…like…so awesome that I’m worried I won’t be able to record it all in words ㅋㅋㅋ.

He is just REALLY an AMAZING person.

With everything aside (because I don’t truly know the reason), he’s smart, has very good intuition and is cold when it comes to business but very relatable at the same time.

And from what I feel…to be at such a position….you have to understand how to completely control every media…..he’s very thorough, amazing and I want to be just like him =). He’s such a cool person..He knows how people’s minds work!

This might be a “too hopeful” of a “statement” but although I was going through such a hard time [and] I felt like I would die (although I’m still breathing and alive) I feel honoured?

To have gone through such an experience (in many aspects ) in my life, I don’t know how else to express it. I will for sure become such a great person..he looks so amazing. I don’t know about everything else I just want to be like him ㅋㅋㅋㅋ

Today is just a day to be thankful that there is someone like our CEO Yang Hyun Suk and that I have a goal in life (to become like him…and to work harder).

I have so much going on in my head that if I want to I’ll probably write more but …. I kind of feel like I’m a happy person..although I might be overreacting. Anyway!!! I need to work hard too ㅠㅠ…^^…

Park Bom’s letter shares her feelings about YG Entertainment’s CEO in a way that’s completely raw and without filtering.

This is my diary from 2years ago…
I just wanted to post this up to show it to my fans~”All around the world..”❤️???
– Park Bom 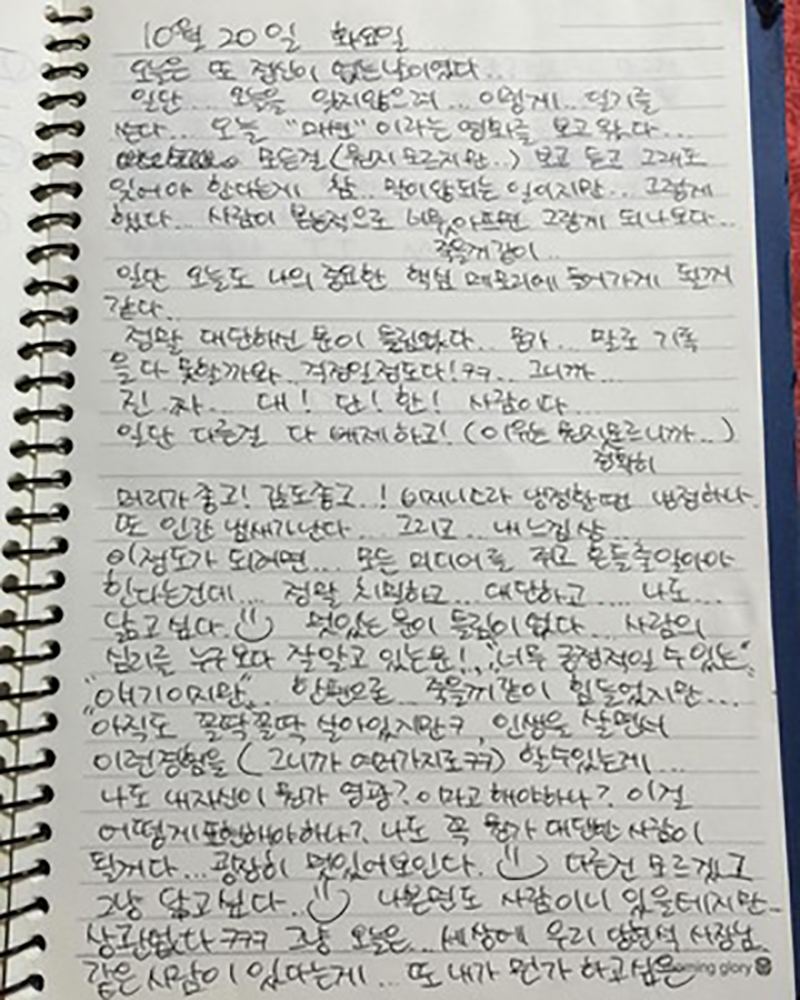 The diary was written for just herself, as Park Bom reveals in her Instagram caption, but gave fans more insight into the ‘family-culture’ that YG Entertainment promotes.

Cast Of “Love in the Moonlight”, “Itaewon Class”, And “The Sound of Magic” To Reunite For New Reality Series