More Korean soldiers chose Laboum as the girl group they want to see than any other.

Laboum appeared as guests on the January 16th broadcast of TV Chosun‘s Idol Party. When the topic turned to the military, both Leeteuk and Kim Junho doubted Laboum’s popularity, saying “We don’t understand why Laboum is such a rising star for 2017.”

Member Solbin proudly revealed “We are the next-generation president of the army. In a military newspaper, we were listed as the third most desired person or group to give a surprise visit during one’s military service. First place was their parents, and second place was their girlfriends.” 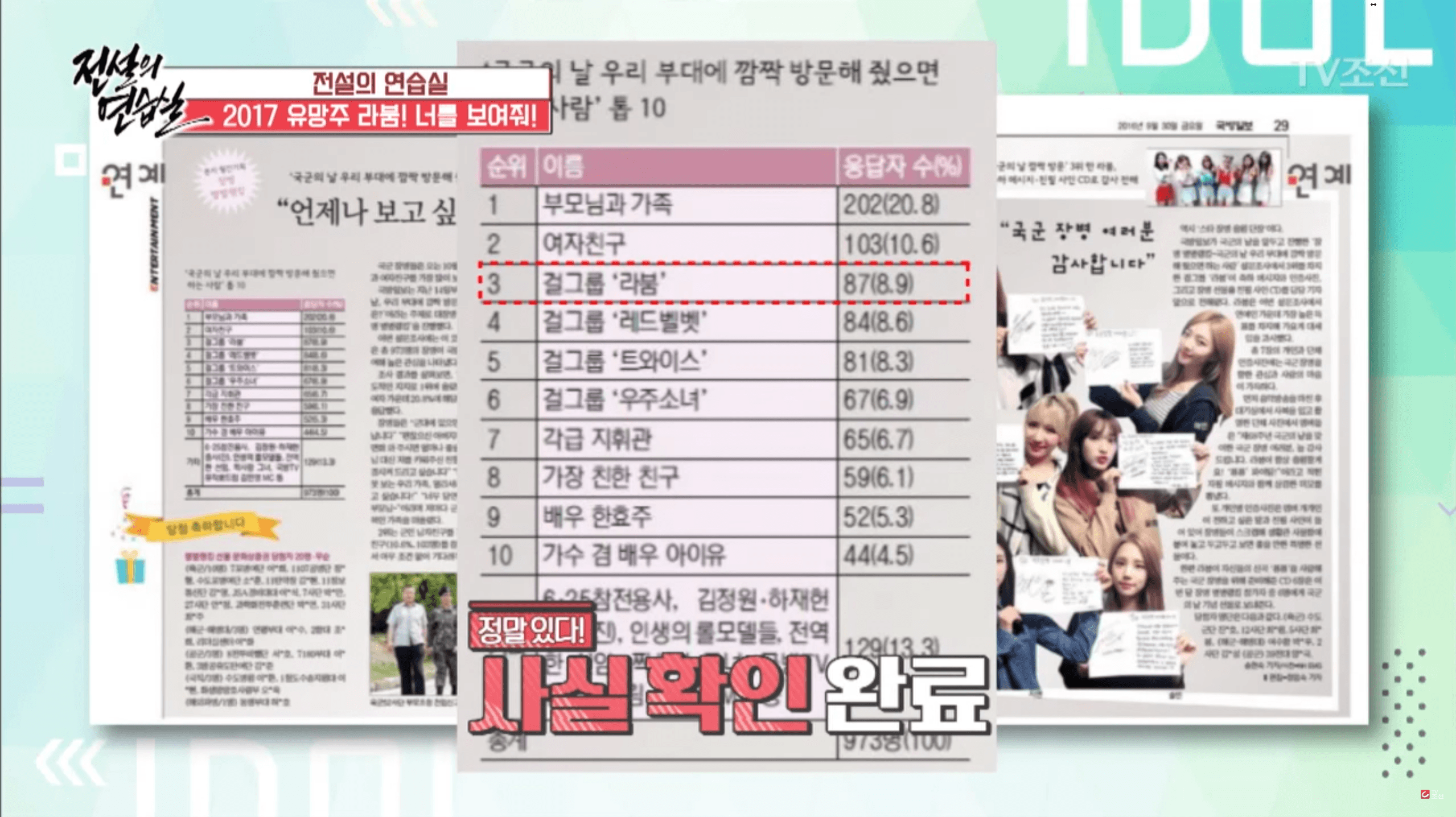 Leeteuk and Kim Junho still had their suspicions after Solbin’s reveal, but after consulting with The Korean Defense Daily, the results were verified. Leeteuk added “When I was in the military, the popular girl groups were 4MINUTE, Apink, and Girl’s Day.”

Check out the videos of their performances at military bases to find out why they’re the most popular group among soldiers: