Kim Samuel showed his love and appreciation for fans by using and wearing their gifts.
A Customized Bracelet

Engraved on the bracelet reads, “Muel, I’ll protect you forever.” 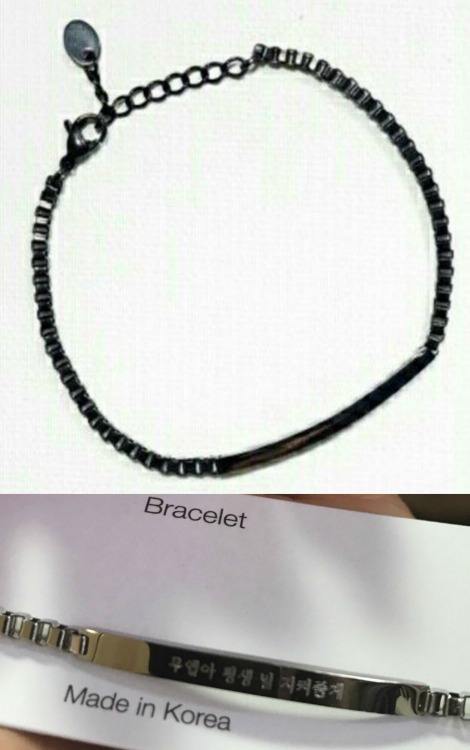 Samuel wore the engraved bracelet during his “Get Ugly” stage! 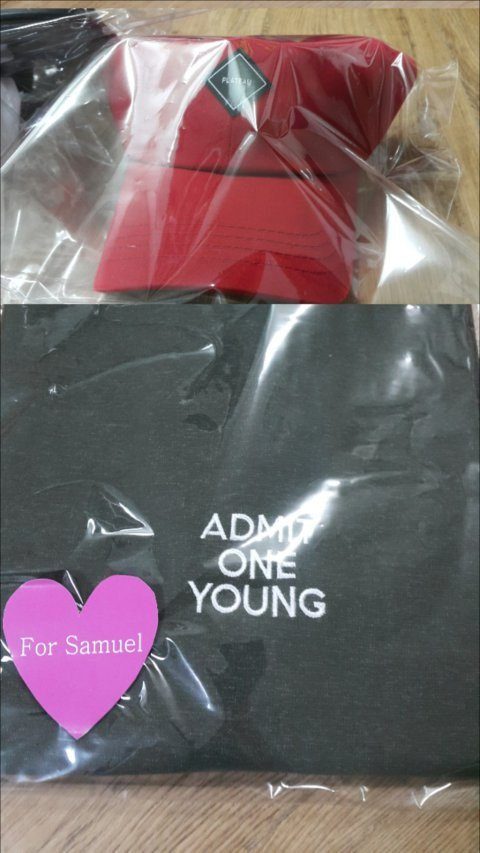 Fans found him wearing the pieces around while shopping! 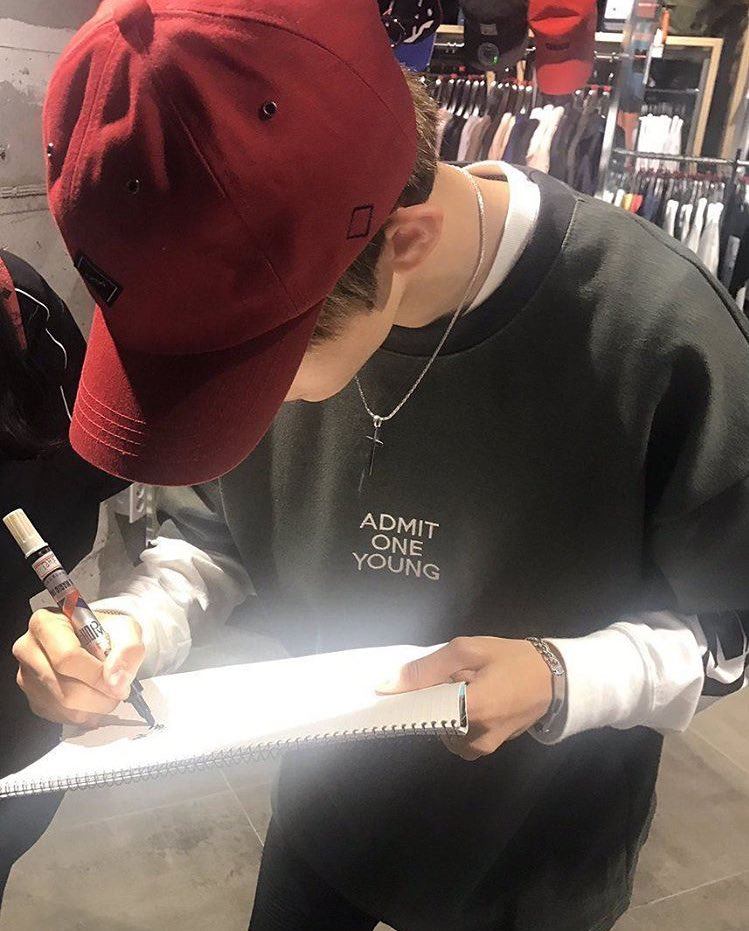 NIKE White-Long Sleeved Shirt
It was discovered that Samuel was wearing a third fan gift underneath the other two! 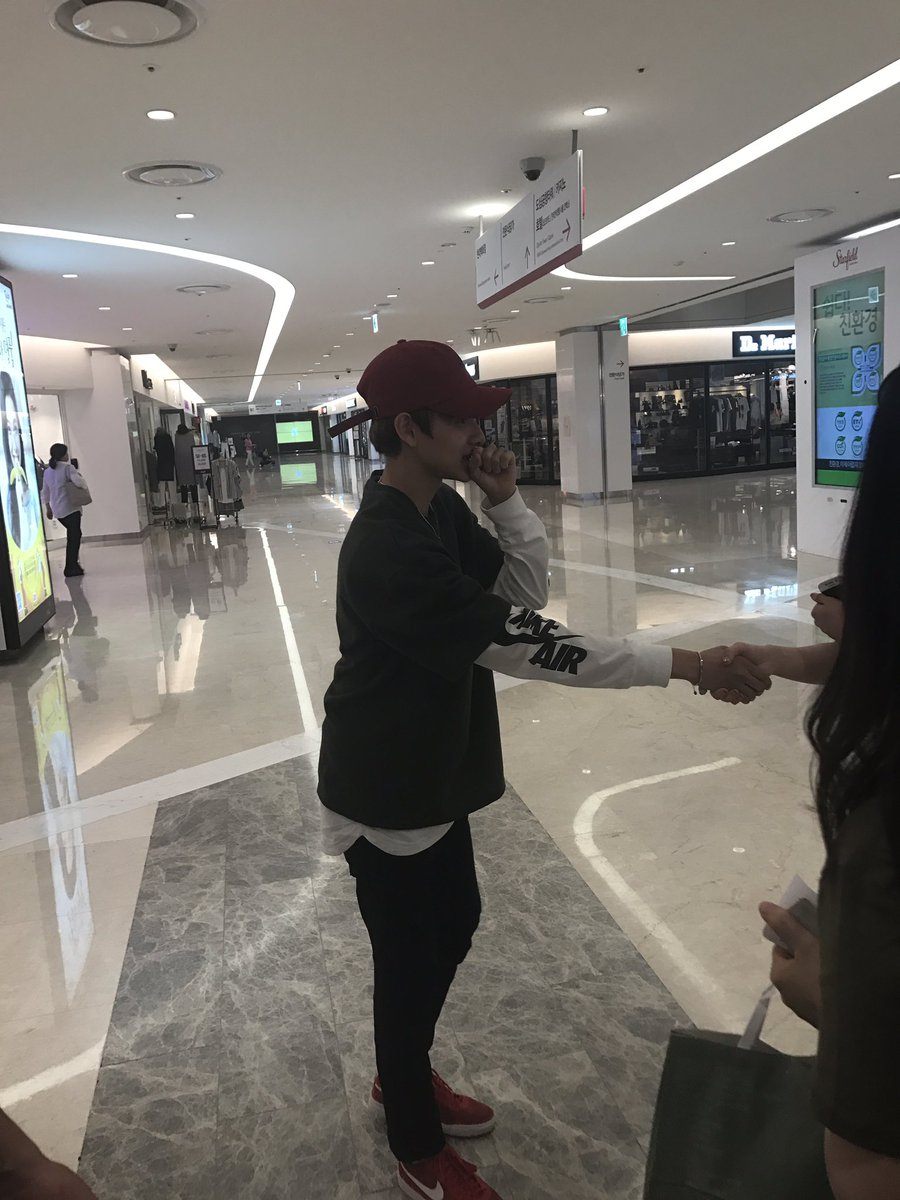 Samuel loves his fans so much that he even visited the subway ad his fans made for him. 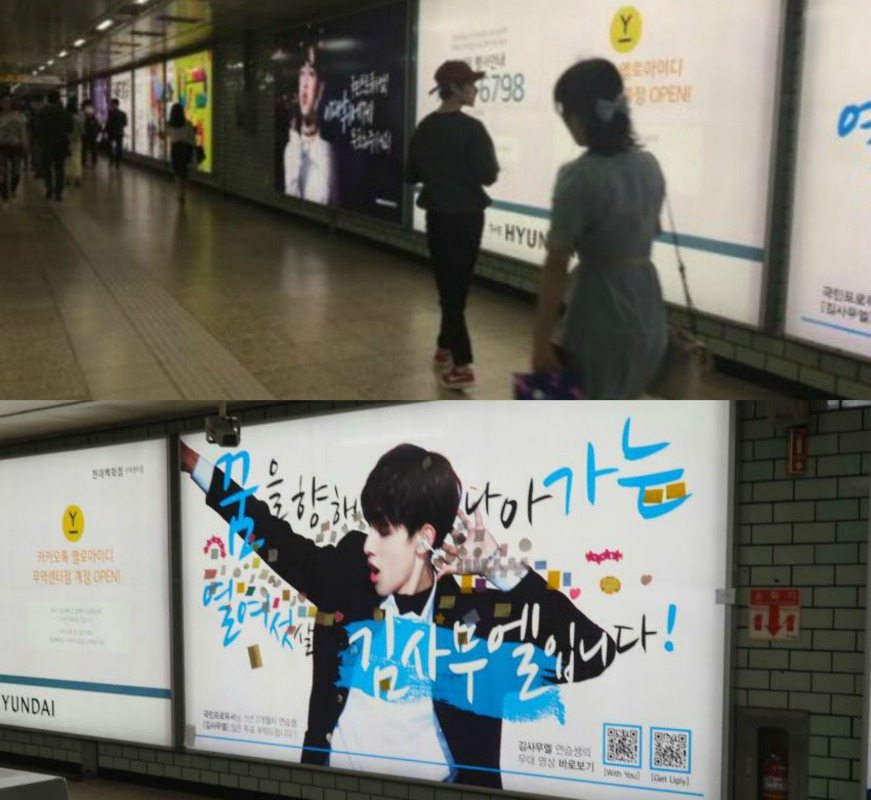