It seems that T.O.P‘s Instagram may have suffered a short massive unfollowing on Instagram after a series of odd posts by the popular rapper recently.

Despite having starting his Instagram just eight months ago, T.O.P has shown to be quite the photo lover as he currently has over 800 posts with at least 100 photos posts in the first two days since activating it. Undoubtedly, the BIGBANG member has shown to have quite the handle on this social media platform for it being his very first one.

Additionally, T.O.P is known for not only posting several art pieces he enjoys but odd photographs as well with one set that was so bizarre, his agency had to release a statement concerning them!

The latest set of bizarre posts allegedly were so weird that it caused many of his followers to unfollow the artists, though we doubt made a dent in his number of followers as in the last official Instagram count for T.O.P’s account was 3.1 million followers and he currently stands at 3.3 million followers at the time of writing.

A netizen on Instiz, who pointed out the recent massive unfollowing due to the posts (found below in the image capture), commented, “They didn’t want to tell T.O.P how to use his Instagram so fans decided to unfollow him……” 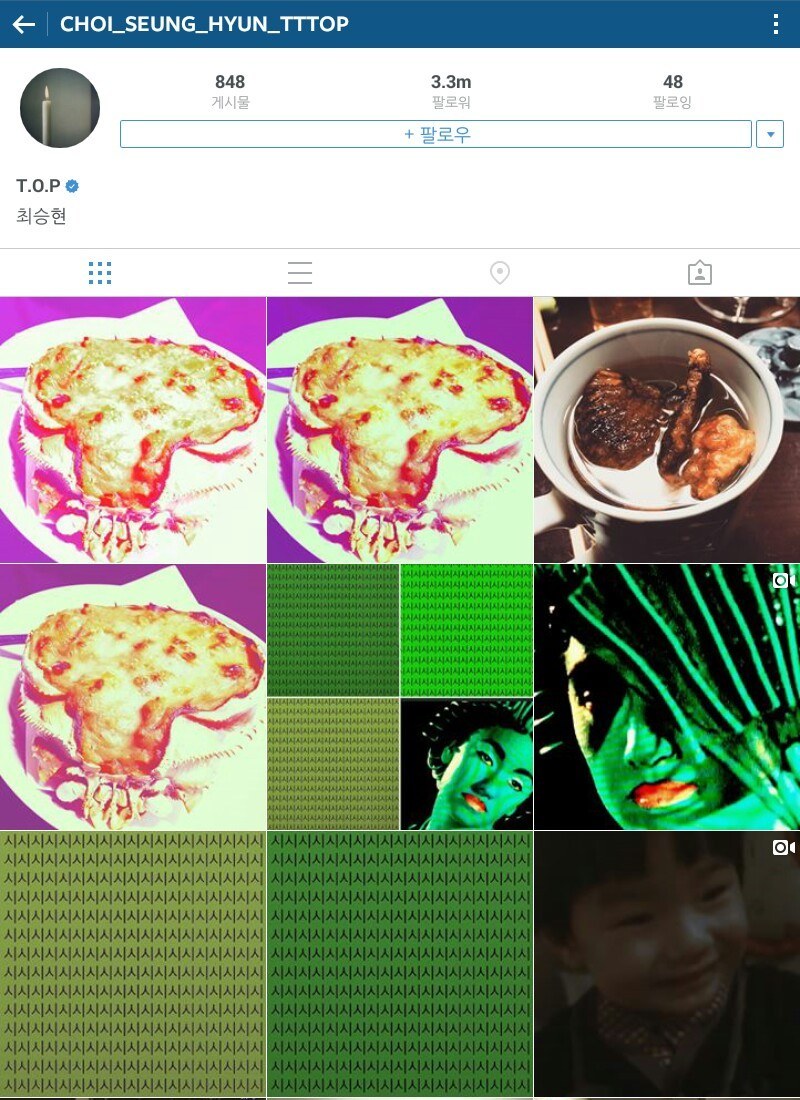