The 2022 MelOn Music Awards (MMAs) nominees are out, and while all the artists deserve the recognition, there’s one detail no one can miss: not a single artist from JYP Entertainment is on the list, except for NMIXX for Rookie of the Year.

It would make sense if their artists weren’t doing well on the charts, but TWICE Nayeon‘s “POP!” and ITZY‘s “Sneakers” were constantly at the top of the charts.

“POP!” broke multiple records on MelOn, from having the highest unique listeners to having the longest charting debut song by a female soloist within this past decade.

“POP!” by #NAYEON (#2) has surpassed “On The Groud” by ROSÉ (#3) and is now the highest peak for a debut song by a female soloist on MelOn 24Hits this decade. pic.twitter.com/wKAaBETHXf

#NAYEON’s “POP!” has now spent 5 weeks charting inside the Top 5 on MelOn Weekly Chart (#4 this week).

— She extends her own record for the longest-charting debut song by a female soloist within the region this decade. pic.twitter.com/b5wT3cv2F9

“SNEAKERS” also went to the top and stayed within the top 10 for daily, weekly, and monthly MelOn charts. In fact, “SNEAKERS” is their second-longest charting song on the MelOn Weekly Top 10 chart, only one week less than “DALLA DALLA.”

"SNEAKERS" by @ITZYofficial reaches a new peak of #4 (+1) on MelOn Daily Chart.

2022 songs by JYPE Artists with the highest peak on MelOn Weekly Chart:

Nayeon and ITZY are the only artists from JYP to surpass two million unique listeners on MelOn this year.

.@ITZYofficial now joins NAYEON as the ONLY JYPE Artists to surpass 2M Unique Listeners on MelOn this year.

— They are also the FIRST JYPE Group this year to do so. #ITZY #있지 pic.twitter.com/DLNMaeoivs

With such achievements, not even landing a nomination has fans disappointed but not surprised.

nayeon & itzy both managed to reach the top 5 of melon this year and u tell me neither got a single nom? pic.twitter.com/vLfQfd4XTJ

not a single jype artist on the list?? yup, the beef of jyp and melon is still going 😭 https://t.co/CWWDQioLbK

The beef between JYP and MelOn started in 2018 when J.Y. Park sued MelOn for sajaegi, or chart manipulation. 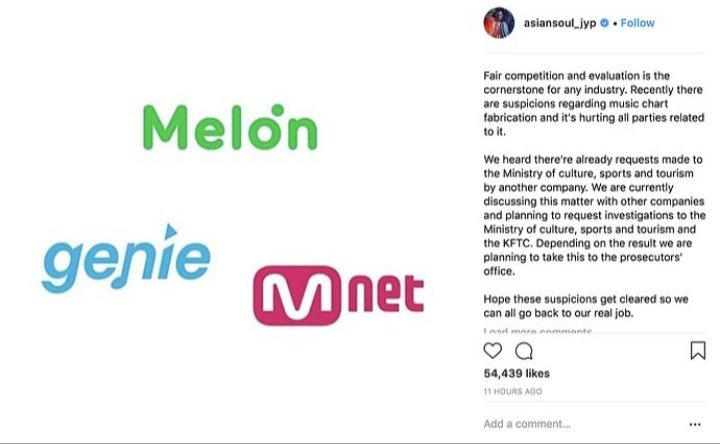 This method is described as the “Push Down” technique, and this wasn’t the first time (or the last) MelOn was exposed for chart manipulation.

If y'all still don't know, there was an issue about twice and melon way back 2018. They allowed artists to do sajaegi and TWICE's "What is love" was blocked by Nilo's song, "Pass by" then DTNA was blocked by Shaun's "Way Back Home.https://t.co/F4JHXuR0jI pic.twitter.com/m2KYAZKh9q

SBS‘s “Unanswered Questions exposed the details of the sajaegi at work in MelOn charts in 2020, and afterward, netizens were in an uproar.

SBS exposed Melon Chart Manipulation Sajaegi by companies and artists: how real IDs are hacked, how they sell accounts, how much cost to get a song in the top50, top100, how they block songs etc. That's Okay (Kyungsoo) most likely actually got #1 (day of debut) bcs look at that! pic.twitter.com/tbH1oL2f7D

JYP took legal action in 2018 and sent TWICE to perform at a free concert in Guam on the same day as the MelOn Music Awards in 2018.

baby onces confused as hell but JYP took legal action against Melon in 2018 cause of sajaegi suspicions, Twice did not show up to the award show that year and instead attended a free concert in Guam. ever since then they don't get MMA nominations at all and they don't attend.

It seems that since then, the tensions between the companies have yet to cease.