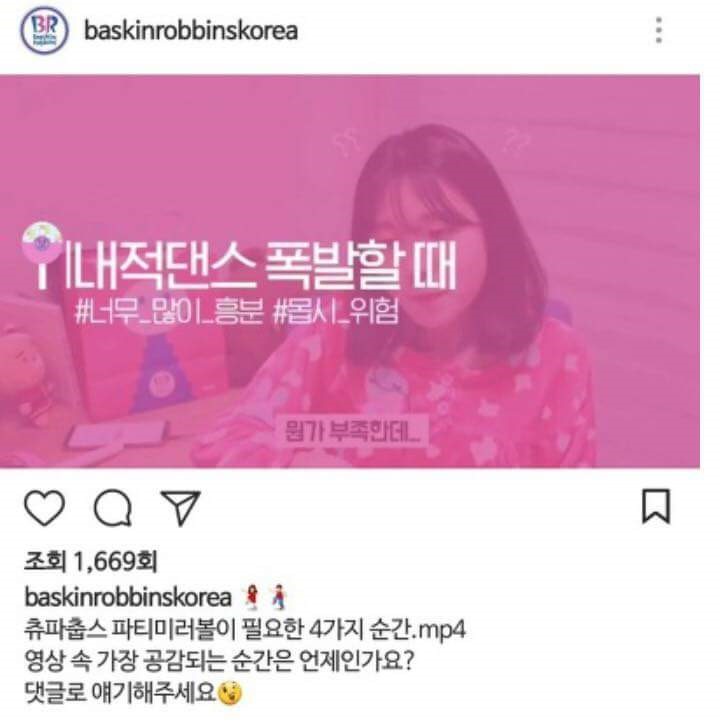 The hashtags used were in reference to a set of messages Jo Min Ki sent to one of his sexual abuse victims. Although the victim chose to remain anonymous, she publicized a conversation she had with Jo Min Ki on popular messaging service, KakaoTalk.

Victim: He doesn’t like it kkkkkk We don’t even kiss, we have a platonic relationship.

Jo Min Ki: Then you should use your long tongue. Right now, I am deep in my imagination…so very excited…really dangerous.

Victim: Um what do you want me to say;;

Jo Min Ki: You can get wet too. Yes…are you touching yourself?

Many people voiced their disapproval of the ice cream company’s choice once the controversial Instagram post was uploaded. After considerable backlash, Baskin Robbins Korea removed the post in question and uploaded an official apology.

“Baskin Robbins would like to sincerely apologize for causing a controversy with our ‘How To Use the Party Mirrorball’ content, and for hurting people by using inappropriate phrases. — Baskin Robbins Korea

Read the full apology below:

“Baskin Robbins would like to sincerely apologize for causing a controversy with our ‘How To Use the Party Mirrorball’ content, and for hurting people by using inappropriate phrases.

We also apologize for delivering our apology unnaturally. As soon as the content caused an issue, we deleted it.

Our company will take responsibility for this issue and will revamp our business process to prevent any issues from occurring again. We promise to improve. Once again, with our head hung in shame, we sincerely apologize.”

Controversial Photographer Rotta Being Tried For Sexual Harassment, Netizens Say He’s Getting What He Deserves