YG Entertainment has released the first update on T.O.P’s health condition after he was discharged from the Intensive Care Unit (ICU).

Since being checked out of his first hospital, it appears that T.O.P is doing better. He’s currently undergoing psychological treatment and other medical treatment. 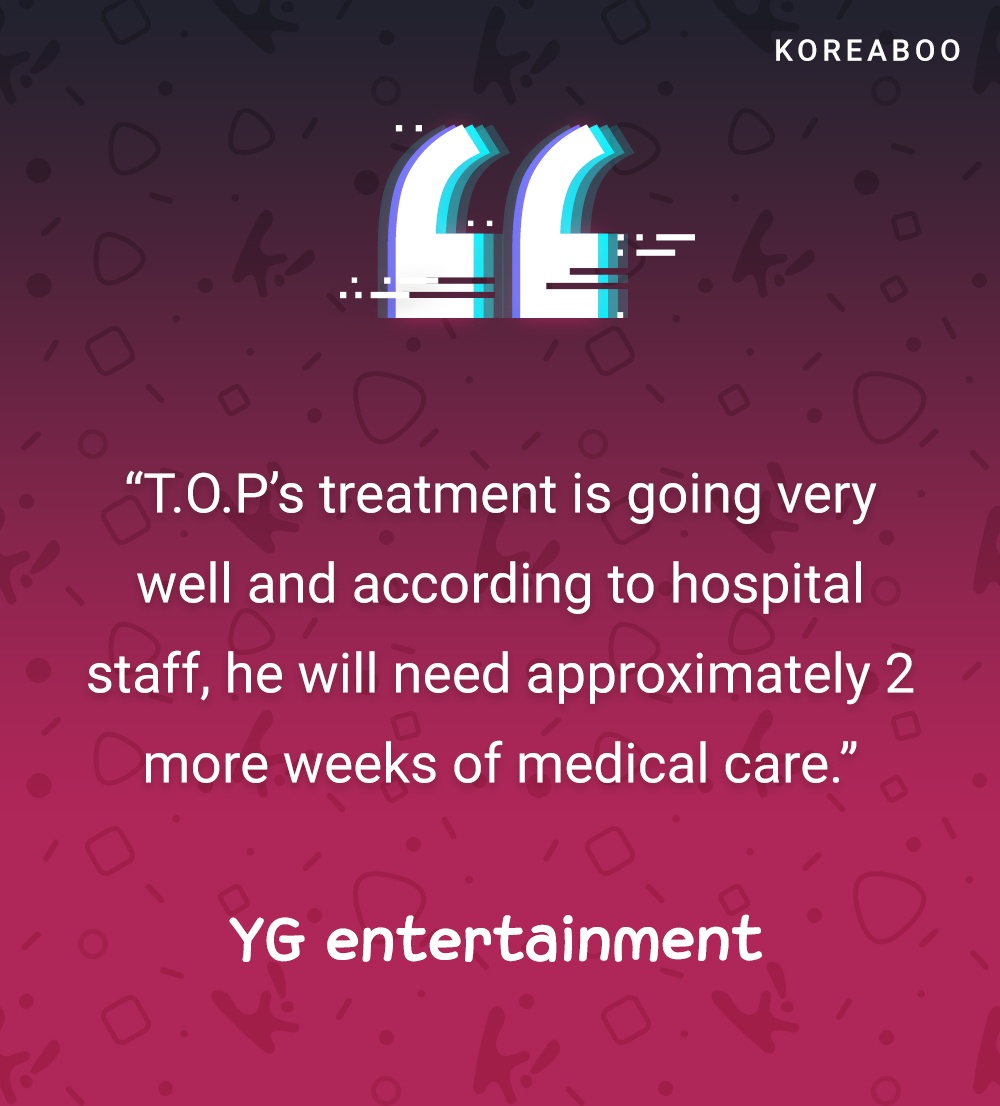 T.O.P’s doctors have previously stated it would take around 1 – 2 weeks to recover fully from an incident like this.

Catch Up On What Happened To T.O.P

[★TRENDING] Here’s What T.O.P’s Treatment Will Be Going Forward

[★BREAKING] T.O.P Is Leaving The Hospital